Jamie Redknapp: My dad is my best mate, we talk every day without fail

The broadcaster and former Liverpool captain discusses his childhood, family, and what it takes to get to the top with Luke Rix-Standing. 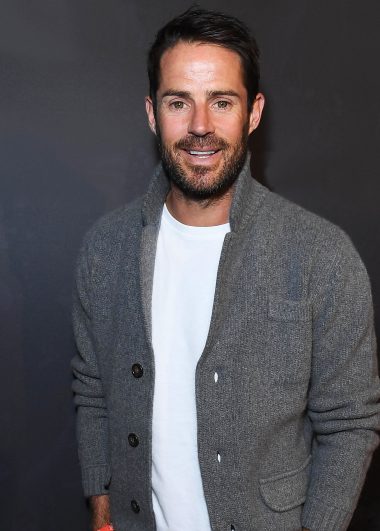 As far back as he can remember, Jamie Redknapp wanted to be a footballer.

From the garage wall in Bournemouth against which he first kicked a ball, to the dog-eared Ricky Hill posters on his bedroom wall, not once did it ever occur to him to be anything else.

“I must have had so much confidence,” he says, “because I never thought of doing another job. Genuinely, never.”

Football runs in his blood and, though allegations of nepotism fall flat next to 17 England caps, he spent his early life and career as the manager’s son. To date, Harry Redknapp has overseen more Premier League matches than any other English manager, and was an incalculable inspiration for the young Jamie, on and off the field.

“He’s my best mate,” says Redknapp, “we speak every day without fail. I’m so proud of my relationship with my mum and dad. They’ve always given it to me absolutely straight, and I’m incredibly fortunate to have had that.”

Watching his dad conquer the I’m A Celeb jungle was surreal, but not surprising for the Redknapp clan. “It was mad,” says Jamie, “particularly for me, because I was adamant that he shouldn’t do it, but I think people saw the side of him that I see. He’s a family man, and just a great guy.”

For Jamie, his dad was at the heart of a fanatical footballing world. His favourite cousin was a young Frank Lampard, Geoff Hurst was a regular dinner guest (“he was just dad’s mate”), and he stood on the sidelines in Seattle as his father finished his playing career in the MLS league, alongside Bobby Moore.

Redknapp’s new book, Me, Family And The Making Of A Footballer, is part memoir, part manual, on playing your way to the top. He bunks off lessons to train on the school playing fields, eavesdrops in dressing rooms during his dad’s team talks, and learns quickly to keep his mouth shut if the team then fares poorly.

Fresh from his success with That Peter Crouch Podcast, BBC sports correspondent Tom Fordyce signed on as co-writer. “Tom just gets me,” says Redknapp, “and we physically went to all the places from my childhood. It was a passion project for both of us in the end.”

Raised in Bournemouth but rooted in London’s East End (“I feel a strong bond there, that’s where my ancestors were”), Redknapp had a happy childhood, and from a young age exhibited the qualities that would propel him into the nation’s stadiums.

Obsessive to the point of perfectionism, he’d practise long after his brother packed up and went inside, and relished the underdog status that came with being a younger sibling.

“A lot of great players have older brothers,” he muses, “and Mark was perfect. He was kind and proud, but he’d also kick lumps out of me. When we played in the garden it would get fierce, and I really wanted to be as strong as him.”

Most of all, Redknapp was – and still is – unbelievably competitive. “Whatever it is,” he says, “I have to win. Whether I’m playing my kids at table tennis, football, whatever. The worst thing is that everything has to be a competition. It isn’t always healthy.”

When he wasn’t in the garden, he was at the ground, loitering in the stands, badgering first team players, and watching his father struggle valiantly to keep Bournemouth in the old Third Division.

He would later credit these experiences with keeping him grounded when he signed for Liverpool, for whom he appeared 237 times. The first big cheque can go to a young man’s head, but Redknapp had seen a hundred times already how quickly stars could fade with an injury or sudden loss of form.

He signed for Bournemouth in 1990, and though his debut did come courtesy of his dad, Harry was, if anything, holding his son back. “I couldn’t wait, but he was protecting me. My mum would ask, ‘Will you be playing tomorrow?’ And I’d say, ‘No, he’s not playing me’, and she’d tell him off over dinner!”

Redknapp was young – just turned 16 – and “a bit of a mummy’s boy”. Even at Liverpool, Graeme Souness worried he was “too nice”, and seeing The Exorcist at a house party left him traumatised well into his playing days.

On the pitch, however, he was slowly learning football’s so-called ‘dark arts’, thanks to a life lesson from Jimmy Gabriel during a try-out at Everton. “He taught me how to go over the top of the ball,” says Redknapp, “how to hurt someone. It’s not about being vindictive, it’s about protecting yourself from what others will definitely try to do to you.

“You’ve got to have an edge in professional football – people have to respect you, or they’ll walk all over you. You don’t have to be horrible, you can be fair and honest and nice, but you need an edge.”

He developed his edge (“I can be horrible when I want to be”), but it was still a work in progress when he first took to the field as a slight, skilful 16-year-old. He was promptly poleaxed by a midfielder in his 30s, who told him he’d be going home with broken legs.

The game has changed – “I wouldn’t teach my son to go over the ball now” – but Redknapp debuted in a different era. Facilities were simpler, referees were laxer, and post-match celebrations involved Chinese takeaways as often as smart Soho clubs. It was before six figure salaries, nine figure transfer fees, and even the foundation of the Premier League.

“The basics are the same,” says Redknapp, “if you were a good player then you still would be, but I think the game now would have suited me more. The pitches, the environment, the medical side are so good, and because I had so many injuries, I’m sure I would have played for a lot longer.”

Some things will never change, and how footballers are perceived still rests largely on the shirt they wear and how they played last week. “I used to really take things to heart,” he says, “and the criticism was the hardest bit for me. I’m quite sensitive, and I would have really struggled with social media. I don’t envy some players today.”

Merseyside, in particular, served him a sharp lesson in partisanship. Down south, he had attended Southampton games when Bournemouth were playing away, but a covert trip to Everton proved less enjoyable. The natives pegged his allegiances, and after taking his seat in the stands he was pelted with Goodison Park pies.

Becoming a top flight footballer brings fame, fortune, and the chance to realise countless boyhood dreams. But it’s also all-consuming, and Redknapp’s first contract included clauses on the suitability of his living quarters.

“That’s what it takes,” he says, “dedication, hours of anguish, ups and downs. If you call it a job, you’re in the wrong industry – it’s a life, and if you can make it, it’s the best life in the world.”

Looking back over his career as a whole, he’s quick to pinpoint his proudest moments: “I’ve got two, playing for England and captaining Liverpool.”

By the book’s end, he’s not yet done either of these, which begs the question of a sequel. Redknapp is cagey: “If people like it and want me to do another one, great, but there isn’t anything in the pipeline. We’ll see how it goes.”

Me, Family And The Making Of A Footballer by Jamie Redknapp is published by Headline, priced £20. Available now 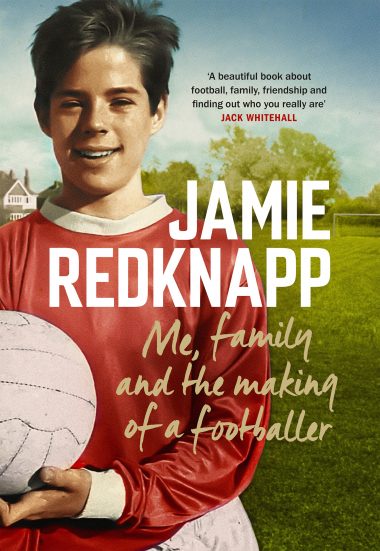