Who else is excited for the Queen’s Platinum Jubilee celebrations?

A musical tribute led by Ed Sheeran, puppet corgis causing chaos along The Mall and a giant 3D wire bust of the Queen are to feature in the “People’s Pageant” – the carnival finale of the monarch’s Platinum Jubilee celebrations.

Set to be watched by up to a billion across the globe, more than 10,000 people will be involved in staging the spectacle, including the military, more than 6,000 volunteers, performers and key workers and 2,500 members of the public. 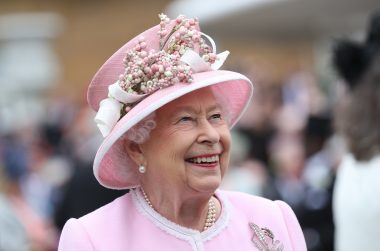 The £15 million pageant is being “made by the people for the people” and is a “once-in-a-lifetime” experience, organisers said.

It will take place against the backdrop of Buckingham Palace and its surrounding streets on the afternoon of Sunday June 5 – the last day of the four-day bank holiday weekend marking the Queen’s 70 years on the throne.

Highlights will include an aerial artist suspended under a vast helium balloon, known as a heliosphere, bearing the image of the Queen.

Other key moments will be a giant oak tree flanked with maypole dancers, a huge moving wedding cake sounding out Bollywood hits, a towering dragon and three-storey-high beasts.

At one stage, the Queen will be imagined in her younger days with a 20ft puppet of a youthful princess, barefoot and carefree, surrounded by a pack of mischievous puppet corgis, which will create “humorous chaos” along The Mall.

A number of “national treasures” will take part in the finale, when Ed Sheeran will appear on stage to lead a special tribute to the Queen. 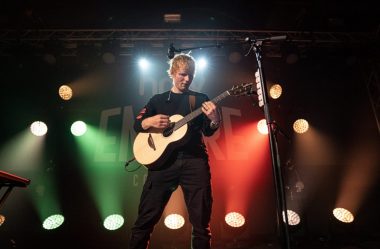 David Zolkwer, the show’s director, would not give further details, saying organisers want to “hold some surprises back for the day”.

There is speculation members of the royal family may make an appearance on the Buckingham Palace balcony at the finale, a possible moment for the Duke of Sussex, if he attends, but organisers would not be drawn on the rumours.

Rosanna Machado, chief executive of the pageant, said: “We are liaising with the royal household about involvement of all members of the royal family and details will be released in due course.”

Members of the viewing public will be invited to become part of the performance as people gather around the Queen Victoria Memorial outside the gates of Buckingham Palace at the end.

Sheeran said he is looking forward to performing.

“I’m proud to be part of the celebration and it’s going to be a great opportunity to bring everyone together,” the star said.

The event will be split into four acts: For Queen and Country, The Time of Our Lives, Let’s Celebrate, and Happy and Glorious.

For Queen and Country will feature a military parade with 1,750 people and 200 horses – one of the largest military spectacles in modern history, according to organisers.

Daleks, Sinclair C5s and a fleet of iconic cars from James Bond films dating back to the 1960s will have starring roles, as will celebrities who have been “pivotal to the British culture”, including Sir Cliff and Dame Shirley.

The third act, Let’s Celebrate, will tell the story of the Queen’s life in 12 chapters, with the nod to her corgis and her beloved horses.

Cirque Bijou, from Bristol, will stage the Unity chapter with disabled and abled performers as well as the Paralympic rugby and basketball teams.

Elite BMX stunt cyclists will jump onto moving Land Rovers, while the helium balloon of the Queen with aerial artist will be the centrepiece.

During an homage to the 1953 coronation, a huge wire framed bust of the monarch will appear.

This interpretation of the coronation in Afro-Caribbean carnival-style, by Brent-based Mahogany Carnival Arts, imagines the animal kingdom’s response to Princess Elizabeth’s accession to the throne in 1952 whilst on safari in Kenya.

Her purple and white coronation robe will be made up of 80 dancers and be flanked by twirling ‘baianas’ and elder members of the community riding mobility scooters modified into flamingos.

There will be an array of elephant and giraffe animal costumes.

The Queen’s 1947 wedding to the Duke of Edinburgh, who died last year, will be highlighted with a giant four-tier wedding cake baked by acrobatic cooks on the move.

The segment has been created by Birmingham-based art performance organisation Nukhut.

The cake, which will be followed by Bollywood dancers, will house a sound system playing a medley of Bollywood tunes, in tribute to the coming together of people across the UK and Commonwealth.

The final act, Happy and Glorious, will take place in front of the Palace with Sheeran and include the singing of the national anthem.

As preparations continue for the event in just over a month’s time, Mr Zolkwer said: “This is very much a ‘People’s pageant’ – it’s by and for the people.

“It’s about ordinary people coming together from far and wide to do extraordinary things; real people with delightful, authentic stories to tell; taking centre stage in a spectacular performance filled with wonder, warmth, wit and so much humanity.

“It will be all about how, through the recollections and stories and experiences we share, we can see how we are all connected – through time; to each other; and to the Queen.”

The procession will cover a 3km route echoing the Queen’s coronation.

Organisers have set themselves a budget of £10-15 million to stage the event and it is understood they have raised £15 million from corporate sponsors and individuals.

REMEMBER… If you can be in Redditch on Thursday there is going to be a BIG JUBILEE SURPRISE… and YOU’RE INVITED!

If you’re local to Redditch on Thursday 28th April, make sure you go to Loxley Close for breakfast time (times to be confirmed).

We can’t tell you too much yet but just know you need to save the date as a BIG surprise is coming and you won’t want to miss out!

Bring your British flags, wear your union jack hats and get ready for possibly being on the telly. 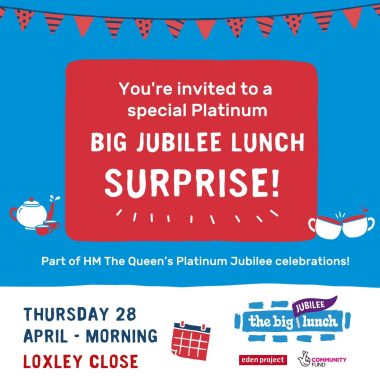