Eight wildflowers to plant this autumn to feed the bees

Create a buzz in your backyard with these bee-utiful blooms. 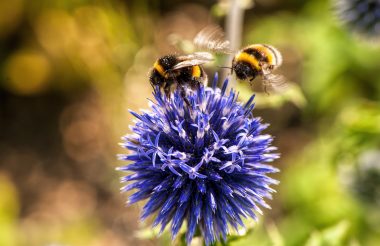 Responsible for 90% of wild plant pollination, and “one out of every three mouthfuls of our food” (according to WWF) not to mention producing of all that delicious golden honey, bees do so much for humans – but we’ve not been returning the favour recently.

Use of pesticides, the clearing of land and a lack of bee-friendly plants have all put a strain on bee populations, from solitary bees to honey-making hives – but there is a way to help.

By planting certain wildflowers in your garden you’ll be providing our winged friends with lots of lovely nectar and pollen, plus you’ll be aiding the flowers too, as they in turn rely on bees for pollination.

“With happy populations of bees, we help us and we help the environment,” says Rowse Honey gardening expert Michael Perry, aka Mr Plant Geek. “So go ahead and help #FeedTheBees with these delicious wildflowers.”

Here are Perry’s top flowers to plant now, to have bees flocking to your garden come spring and summer… 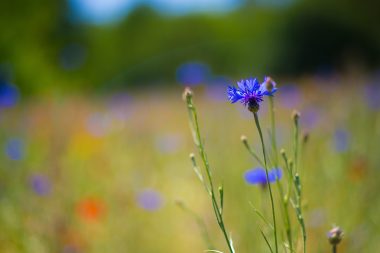 Cornflower or centaurea cyanus is native to Europe, but the use of herbicides has caused a rapid decline in the bright blue flowers, which are said to give honey a slight blue tinge before it’s harvested from honeycombs.

“Super easy to grow, I have fond memories of growing the most perfect blue cornflowers when I was a child,” Perry says. “The electric blue flowers are an important source of pollen and nectar for bees, especially honey bees.

“Blooms will appear in the summer months, which is when the honey bees’ source of food is at its most scarce. They usually peak in production at around 11am each day, so look out then for their full beauty.” 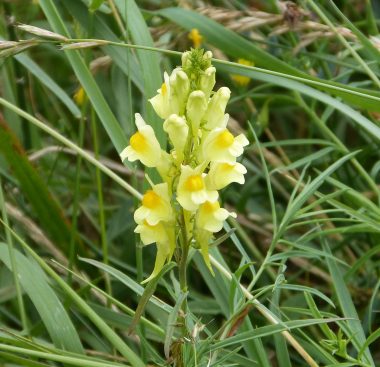 Describing common toadflax or linaria vulgaris as “fab little plant for kids and adults alike,” Perry says you may notice it’s related to the snapdragon. “Indeed, you can make the flowers ‘talk like rabbits’ in the very same way.”

Not only are they attractive to look at, linaria are “a food source for a wide range of bees, from buff-tailed bumblebees to the common carder bee,” he adds.

While it may be classed as an agricultural weed by some, there’s no denying the beauty of a vivid red poppy or papaver rhoeas.

“Poppies produce copious amounts of pollen, although very little nectar, but the pollen gathering insects are kept happy regardless,” says Perry. “Each individual plant can produce an astounding 400 flowers, although each last only a day.” 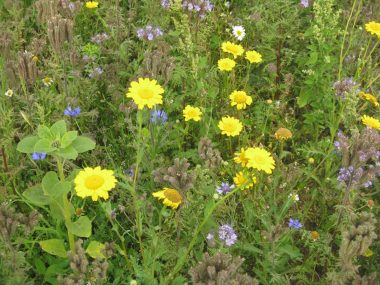 The bright yellow corn marigold or glebionis segetum is “an excellent plant for a child to grow, as they are easy to coax into bloom, and relatively quick growing,” Perry says, and they’re a favourite of many an insect.

“The voluptuous flowerheads rank highly for nectar production, and are visited by bees, very small butterflies, hoverflies and moths.” 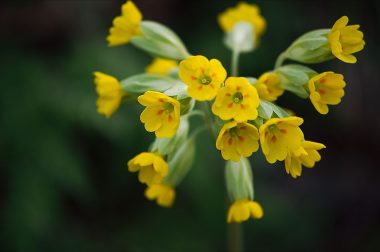 Bringing a bounty of fragrant blooms in April and May, cowslip (primula veris) are “pretty flirty and can cross-hybridise with nearby primroses very easily, which often throws orange or even red cowslips,” says Perry.

“Bees and hoverflies frequent the plants for their nectar fix, and the plants are a larval host for the rare and endangered Duke of Burgundy butterfly.

“It’s worth getting down to cowslip level too, the fragrance is sweet like apricots, and used in the perfume industry.” 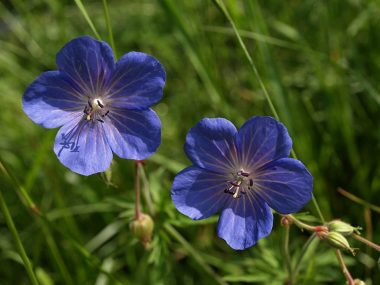 A type of geranium (geranium pratense), meadow cranesbill was once “a staple sight in meadows,” says Perry, but “common agricultural practices have now relegated them to roadside verges instead.” 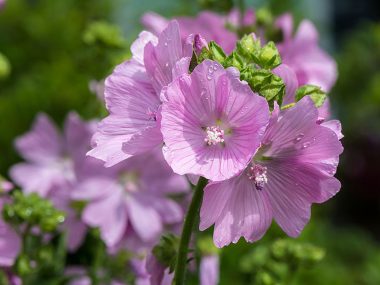 With pretty pink flowers on metre-high plants, musk mallow or malva moschata is “slightly more attractive” than the common mallow, according to Perry.

“A handsome wildflower for a border or large container, often used as a cottage garden plant, plants are unfussy, and cope well in dry, yet fertile soils.” 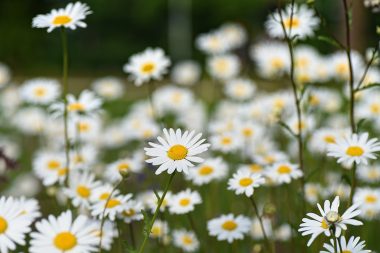 “With a long June to September flowering period, oxeye daisies (leucanthemum vulgare) make a final grand statement for your wild border,” Perry says, noting they boast a nocturnal secret: “Be sure to take a peek outside at night – their other common name ‘moon daisy’ comes from the fact they appear to glow after dark.”

The flower also has a romantic back story. “The ‘he loves me, he loves me not’ game is actually thought to have started with the oxeye daisy, and not its smaller brother, the lawn daisy. Bees, butterflies and hoverflies also fall in love with the blooms, as they scoop up bumper supplies of nectar.”