Commando Dad: How cooking with the kids can be a fun military mission 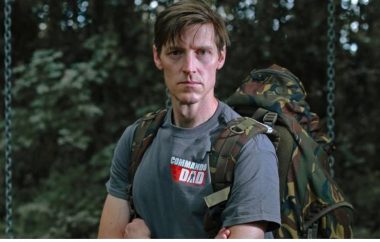 Many dads are a relaxed dab hand in the kitchen – but others are unfamiliar with the territory, especially if they want to involve their kids in a cooking mission.

So Commando Dad Neil Sinclair has marched in to give other dads (and the rest of the family) a military-style helping hand on the cooking front, with his new book Commando Dad: The Cookbook.

Sinclair is a former commando who, after clearing minefields in Iraq and tracking drug traffickers in the jungles of Belize, embarked on a radically different career when he trained as a childminder and became a stay-at-home dad to his three children while his wife, Tara, worked.

“I’ve been a Royal Engineer Commando, PE teacher, security guard at the UK Mission to the UN in New York and a PCSO in the Metropolitan Police,” he says, “but by far the most demanding job to date is as stay-at-home dad to my three kids.”

As well as looking after his children – Samuel who is now 18, Jude, 17, and Liberty, 14 – Sinclair has written the Commando Dad series of books, which treat parenting as a military exercise, refer to the kids as ‘troopers’ and describe each acquired skill, from changing nappies and potty training, to preparing food, as a ‘mission’.

Sinclair’s latest sortie, The Cookbook, teaches dads and their young troopers basic culinary skills like mashing, sifting and kneading (with Mission Accomplished certificates at the end of each one), and gives smart food shopping tips, before including recipes ranging from The Basics, like tomato sauces and biscuits, Meals in Minutes like omelette and prawn stir-fry, and hearty crowd-pleasing Classics including roast beef and corned beef hash.

But does he follow his own advice and cook for his family?

“I do a fair bit of cooking at home,” he says. “I took the opportunity during lockdown to perfect my bread making skills. However, if you ask other family members, it’s still a work in progress…”

Want your troopers to eat healthy nutritious foods? Then you need to do the same. It’s never too early to start building good eating habits for your troopers, or too late to start improving your own. Once the food’s been prepared, always aim to sit down as a unit and enjoy it together. That way you can enjoy the food and each other’s company, while providing a perfect opportunity to demonstrate good table manners.

You’ll always need more time than you think, so don’t embark on a cooking sortie when you’re against the clock to get something on the table. Haven’t we all found cooking something new always takes a lot longer than the recipe suggests? It’s because we’re not familiar with the process and have to take it one slow step at a time. Now imagine that and it also being the first time you’ve held a potato peeler, let alone used one. As a rule of thumb, I always double the amount of time and see how I get on. Remember if you get dinner cooked early (unlikely), it can always be heated up later.

Planning and preparation prevents poor parental performance, so make sure you know what everyone’s doing (there are plenty of jobs for everyone, from measuring to stirring the pot and everything in between), and that all the ingredients and equipment are readily accessible. Then expect, and ideally embrace, the inevitable spills, mess and slip-ups.

The mission is for you and your troops to work together in high spirits and have an edible meal at the end of it. Nothing will ruin the mission quicker than a Commando Dad getting stressed and the troops will be less likely to follow you into battle next time. So take a deep breath and remember that, long after you’ve forgotten the cleaning up you’ll remember the fun you had cooking together.

This isn’t just about teaching kids the basics, such as mixing, mashing, scrubbing and cutting, fun though it is, but also allowing them to use their senses to engage with the whole experience. With your permission, let them taste, touch, smell, and talk to you about how food looks and how it sounds (oh yes, your troopers are going to take food to another dimension – food you may previously have thought of as silent will suddenly be ‘squeaky’, ‘snappy’ or ‘squelchy’, for example).

The ‘permission’ element is key – your troopers must know they need to ask, or be invited by you, to taste food while preparing it. I’ve always found a trooper that’s helped to prepare food in this way will at least try it when it’s cooked.

5. Cooking missions can be dangerous

The cookhouse is a potentially dangerous environment and when it comes to safety, there’s no substitute for your close supervision. Don’t think this only applies to sharps or heat; I learned this lesson early when my son slipped on a teaspoon he’d dropped on the floor a few seconds earlier, and I hadn’t picked up.

It’s also important to dress for the job: aprons will keep troopers’ clothes clean (and they’ll love to wear them), tie back any long hair, don’t allow any loose clothing, roll up loose sleeves, and make sure feet are protected with sensible footwear.

Wash your hands properly. We now know more than we ever thought we’d need to about the proper way to wash our hands and we must use that same thoroughness before and after handling food (especially meat, fish, eggs, fruit and vegetables). This, together with cooking and storing food properly will help prevent food poisoning and any subsequent negligent discharges from you or your troops. 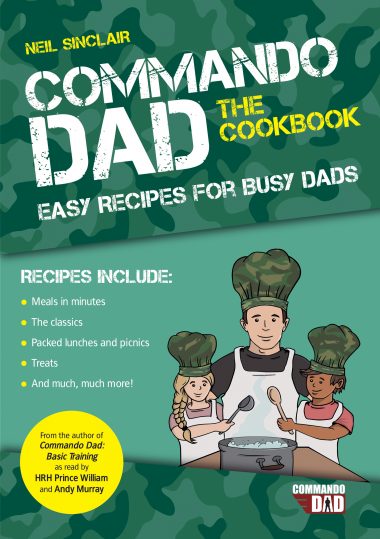 What is muscle memory?

Unsure when to retire? Five important things to consider

What it feels like to be diagnosed with ADHD aged 35