From boosting confidence to soothing the soul, why adventure is great for our wellbeing 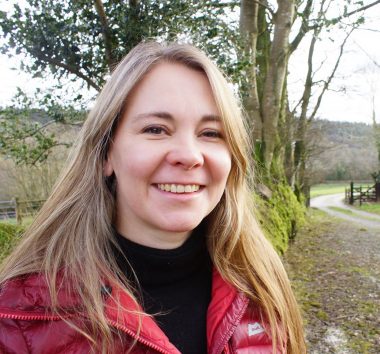 Between lockdowns and travel restrictions, most of us have had little opportunity for real, uninhibited adventure out in the wilderness over the past year-and-a-half.

While staying home was often necessary during the pandemic of course, the absence of boots-in-the-mud adventure hasn’t just made life boring, it may have impacted our wellbeing too – according to explorer and writer, Belinda Kirk.

“When you’re halfway up a mountain, you get this natural high and a feeling of extreme empowerment,” says Kirk. “It’s not just taking part in adventures that’s beneficial, but it’s the gifts you’re equipped with that you bring back to your ordinary life.

“You become more brave and confident, and you think, ‘Well if I can climb that mountain, what else can I do?’, and that’s the really powerful part of regularly going on adventures.”

Kirk is an explorer who, over the past 25 years, has led numerous personal expeditions, youth development treks, biological research missions, and remote filming trips for the BBC.

Her appetite for adventure has taken her across the remote desert of Nicaragua on foot, on the search for camels in China’s ‘Sea of Death’ desert, uncovering ancient rock paintings in Lesotho, and she’s even nabbed a Guinness World Record for rowing unsupported around Britain.

Now she’s swapped death-defying feats for deadlines and has written a book – Adventure Revolution – which delves into how exploration is essential to human wellbeing, helping us face our deepest fears, manage anxiety and find self-worth.

It was on an expedition to Tanzania to study monkeys, aged 18, that she first discovered adventure’s transformational power.

“I went off to Africa and I came back a completely changed person,” Kirk recalls. “Throughout my teens and early-20s, I realised that adventure had been my therapy; It was helping me to flourish, to be confident and to live my best life.

“The more expeditions that I led in my 20s, the more I saw it working for other people. I saw them transforming in front of me, and I was often contacted years later by students whose lives have changed completely.”

Nineteen years ago, she recalls standing in the rain outside of the Royal Geographical Society, when a mother of one of her expedition students approached her and gave her a hug. The previous summer, she’d led her 17-year-old daughter Alice and a group of other young people through the Amazon.

Shy, with low-self confidence and a history of self-harm, Alice had become a different person after the trip, finding new friends, and even improving her grades at school.

“That was a huge turning point,” says Kirk. “It was the moment I knew that it wasn’t just something that worked for me; it could help others in a really impactful and long-lasting way.”

She says the great thing about adventure is that “it can be everyone’s therapy”, and “you don’t have to be at a low point to benefit” either.

As well as being a soothing balm for issues like anxiety and depression, she reckons it can also help people who are mentally well to flourish in work and relationships.

“It’s such a natural thing to do,” says Kirk, who is also a huge advocate for facing your fears and booking a solo travel trip. “We’ve evolved to be adventurous but we’ve taken it out of our modern lives, and by choosing it and seeking it out, it’s a perfect fit for returning to what we’ve lost.

“If you look at tribes, they have ceremonies and rites of passage,” she adds, concerned that children aren’t growing up with enough adventure in their lives. “We don’t give our kids a way of becoming adults. Before we became so modernised, we’d have these adventurous challenges for young people… There are so many traditions that are about being on your own in the wilderness, and we’ve just really lost that.”

So why is it that adventure feels so good, on a basic, human level?

“It’s just a natural fit. All the research I packed into the book backed up my initial assumptions about adventure and how [humans] are hardwired to do it.”

Then there’s the element of being out in nature. One study by University of East Anglia found that exposure to green space can reduce blood pressure, and another published in the journal Frontiers in Psychology found just 20 minutes of immersion in nature can help us feel less stressed.

“It’s really gone mainstream, this idea of the ‘nature effect’, which suggests that if you spend time in nature it’s good for your physical and mental wellbeing,” says Kirk. “I reckon there’s the next level though, which I call the ‘adventure effect’. Part of adventuring is being out in nature, but you also get the benefit of exercise, travel, and the actual adrenaline rush of adventure itself.”

This, she says, is the magic, soul-stirring ingredient.

“You’re out there challenging uncertainty, discomfort or adversity. It’s like the holy trinity of all the good things. It impacts everything because it changes who you see yourself as.”

Finding herself in some of the most remote regions on the planet has been a way for Kirk to get to know herself better, and now she wants to encourage others to do the same.

“By going away and climbing a mountain or kayaking for days on end, you have time to reflect, and I think we just don’t allow ourselves that in the modern-day.

“I always find my best thinking moments are when I’m plodding one foot in front of the other up a mountain. It’s when you can have great ideas creatively too,” she adds. “You just have space, because there’s no social media notifications or children asking you questions.”

Of course, adventure travel and exploring the world have traditionally been expensive endeavours. While we may associate the term with trekking up the Andes or swimming with sharks in the Maldives, adventure doesn’t have to mean big costs though, and there are ways to enjoy the benefits on a tight budget.

Camping in the garden, going wild swimming in a safe sport nearby, climbing a tree and even just embracing bad weather and getting out for a local hike are a few accessible ways to invite adventure into our lives, says Kirk. Taking parkour lessons, she says, is another great way to be adventurous in a city.

“When we get out and make time for adventure, we’re reminded of how good it feels,” says Kirk. “I think people are realising that after lockdown – you don’t notice the absence, until you get a little taste of it again and then you think: ‘Ah, this is really what I need’.”

Adventure Revolution: The Life-Changing Power Of Choosing Challenge by Belinda Kirk is published by Piaktus on August 5, priced £14.99. 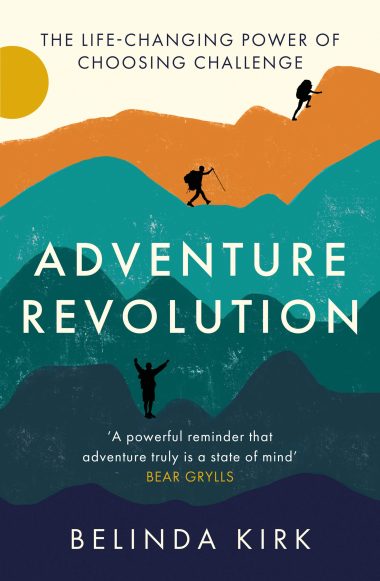