More than 1,400 soldiers and 250 horses from the British Army’s Household Division took part in the Trooping of the Colour in front of 7,500 ticketed spectators on Horse Guards Parade and another 7,000 at the Queen Victoria Memorial in London today (Thursday 2nd June 2022).

The Queen’s Birthday Parade is the epitome of ceremonial precision and pageantry but this year it has a special resonance because it marks the Platinum Jubilee, celebrating 70 years of loyal service to Her Majesty The Queen. 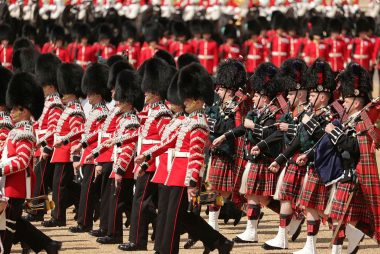 This year the honour to Troop their Colour fell to the Irish Guards and every detail was been designed to delight and impress. 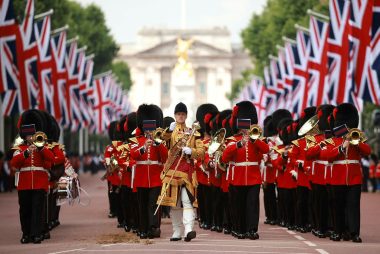 The 1st Battalion Irish Guards received their New Colours from His Royal Highness The Duke of Cambridge at Windsor Castle on 17th May. It is these New Colours which were at centre stage for the spectacular Platinum Jubilee Trooping of the Colour Parade. 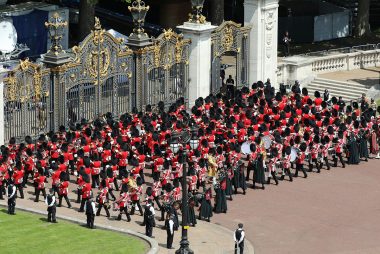 The Queen appeared on the Buckingham Palace balcony and was seen watching troops returning from the official Trooping of the Colour ceremony.

She was joined by her cousin, the Duke of Kent, to inspect parading troops. 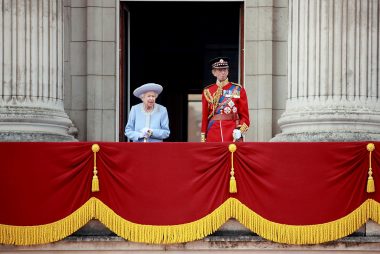 After a quick break back inside Her Majesty was then joined by her family for the spectacular air show where 70 aircraft from the Royal Air Force, Royal Navy and Army made their way towards Buckingham Palace for a flypast. 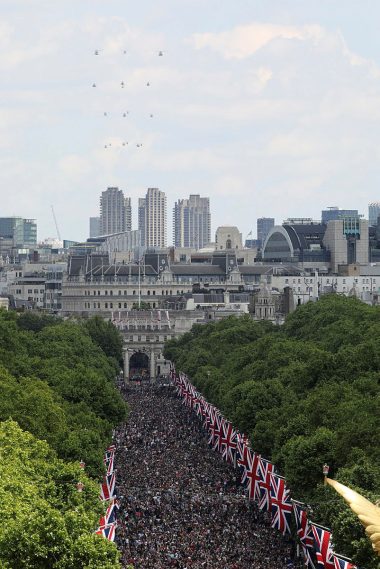 Swarms of people have taken to the streets in London to celebrate the Queen’s 70 years on the throne. Photographer: Sgt Jimmy Wise – Crown copyright 2022

A crown pleasing moment occurred when a special formation of 15 Typhoons spelt out “70” to mark the Queen’s Platinum Jubilee. 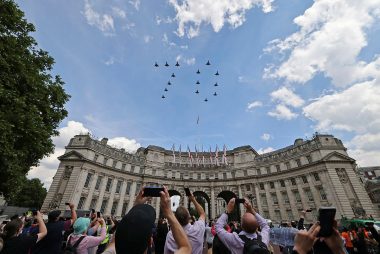 The monarch was seen smiling as she gathered alongside senior royals on the Buckingham Palace balcony to watch. 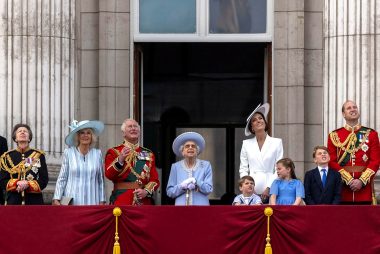 Gun salutes then took place in Hyde Park and across the country to pay tribute to the Queen as she marks 70 years on the throne.

The standard Royal salute is 21-guns and is reserved for Heads of State. When the salute is given from a Royal Park, an extra 20 guns is added, hence the 41-gun salute. On this special occasion the number was doubled.