It's Love Your Liver month: Are you looking after yours?

The British Liver Trust is calling for every person in the UK to consider their liver health and take a simple quiz to assess their risk during January after adults across the UK admit to making unhealthy lifestyle choices in 2020. 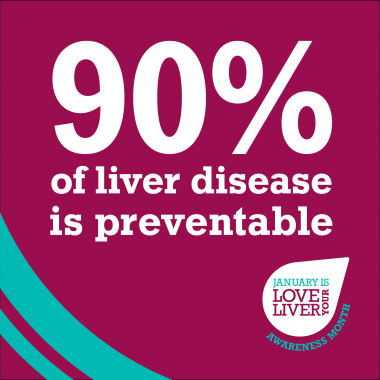 Over a million adults in the UK may currently have the early stages of liver disease but are unaware and have no symptoms. Worryingly, rising rates of obesity means that 150,000 children could also have non-alcohol related fatty liver disease.

January is often a time that people take stock after the Christmas period but this year it is even more important as the numbers at risk have also increased during the Covid pandemic.

Many people have increased their alcohol consumption and gained weight during lockdown – the two biggest risk factors for developing liver disease.

The British Liver Trust is calling for the nation to improve their liver health and find out more about the risk factors during National Love Your Liver month.

The charity has issued the stark warning after:

The British Liver Trust is urging people to take their ‘At Risk’ screening tool here: https://www.britishlivertrust.org.uk/love-your-liver-screener

Most liver disease can be prevented with simple lifestyle changes. More than 90% is due to three main risk factors: obesity, alcohol and viral hepatitis.

Vanessa Hebditch, Director of Policy and Communications at the British Liver Trust says: “In early 2020, our Love Your Liver health screening roadshow was ready to tour the nation, offering free liver health checks to the general public at high streets up and down the county. 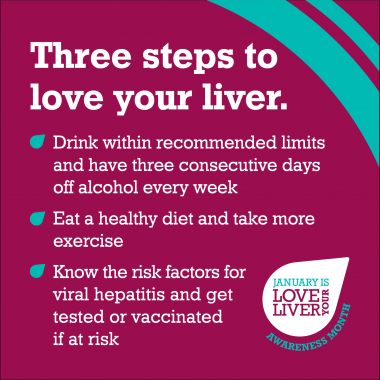 “Unfortunately, Covid-19 forced us to postpone the roadshow. That meant that around 4,000 people will have missed out on a free liver health check. If we look at the statistics from previous Roadshows, around 650 of those would have shown signs of possible liver damage.

“We are very concerned that while thousands will have missed out on valuable liver health advice, some of those people will already have undiagnosed liver disease which won’t show symptoms until the very late stages when treatment options are limited.

“2020 was a really stressful year for everyone. We know from our research that a lot of people drank more alcohol and ate unhealthier food last year – two major risk factors for liver disease.

“We also know that some people have missed out on appointments and treatment while healthcare resources have been diverted elsewhere as a result of the pandemic.” 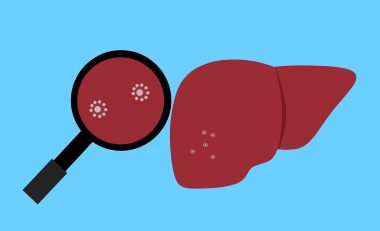 5 facts about your liver

It’s larger than most people realise

The liver is the largest solid organ in the body, weighing some 1.8 kg in men and 1.3 kg in women.

About the size of a rugby ball, it is located mainly in the upper right portion of your abdomen, under the diaphragm and sits above the stomach.  If you place your right hand over the area under the ribs on the right side of your body it will just about cover the area of your liver.

It performs hundreds of jobs

The liver is a vital organ and gland, which carries out over 500 functions.

One of the liver’s most important functions is to break down food and convert it into energy. Carbohydrates, such as bread and potatoes, are broken down to glucose and stored mainly in the liver and muscles as glycogen. When energy is required in an emergency the liver rapidly converts its store of glycogen back into glucose ready for use.

It also plays a vital role in fighting infections, particularly infections arising in the bowel. It does this by mobilising part of your body’s defence mechanism called the macrophage system. The liver contains over half of the body’s supply of macrophages, known as Kuppfer cells, which literally destroy any bacteria that they come into contact with.

One of the most important things the liver does is to change potentially damaging substances that are either made by or taken in by the body and make them harmless. However, if the liver is badly damaged and unable to function properly, these ‘toxins’ can build up in the bloodstream. If they enter the brain, they can result in a condition called hepatic encephalopathy.

It works hard and can take a lot of abuse, but it is like an elastic band – it can only stretch so far before it breaks.​

When other organs in the body are damaged, a scar forms, like on the skin. However, if given the chance, the liver has an incredible ability to replace damaged tissue with new cells.  It’s the only organ in the body with the ability to regenerate.

Taking steps to look after your liver will give it the chance to regenerate.