A mild spell has led to provisional new temperature records for New Year’s Eve and January for the UK but temperatures are now starting to trend down according to the Met Office.

The extremely mild spell seen over across the country has been driven by a flow of warm, moist air coming  across from the Canary Islands and further south in the Atlantic according to Met Office meteorologists.

The Met Office say this has resulted in the unusual situation of one weather system breaking weather records for two days in separate calendar years.

This spell has led to a number of provisional records being set over the new year:

A daily minimum temperature of 13.2C recorded at Chivenor, in Devon is provisionally a new UK and England record for January. This beats the previous UK record of 13.1C set at Magilligan (Londonderry) in 2016 and the previous English record of 13.0C set at London St James Park in 2008.

But what we all want to know… how long will the mild weather last?

“We’re now past the peak of the high temperatures over the UK of this current spell.

“This colder air is expected to push southwards into Tuesday bringing wintry showers and frosts. Wind and snow warnings have now been issued for parts of Scotland associated with this change. This cold spell is temporary before we see a return to weather conditions coming from the Atlantic, bringing further bouts of strong winds and rain to the UK.” 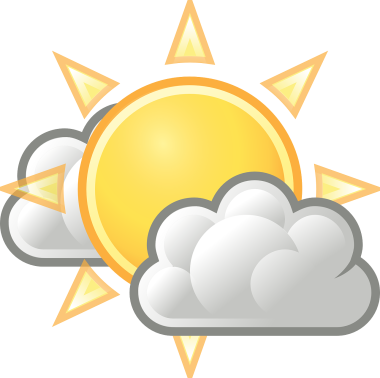 Unsettled and turning much colder through this coming week.

Sunshine and scattered blustery showers through the morning. Most of the showers dying away by the afternoon as a veil of cloud extends from the south. Winds easing down during the day with temperatures down a notch on recent values. Maximum temperature 11 °C.

A cloudy evening with the odd shower. Rain will edge south overnight, and as colder air follows in its wake, there is a risk a little hill snow too. Minimum temperature 1 °C.

Outlook for Wednesday to Friday:

A widespread frost to start Wednesday, then mainly dry and bright. Rain sweeping east on Thursday. Cold on windy on Friday with sunshine and blustery showers, wintry at times.

All the questions you have about bowel cancer answered, as Deborah James’ fund raises millions

Will Warwickshire’s Sam be crowned winner of the The Jubilee Pudding: 70 Years In The Baking?

A brief history of trifle, as the new Platinum Pudding for the Queen’s Jubilee is named