PET Shop Boys are the UK’s most successful pop duo – that’s a Guinness World Record fact, and also the name of a Facebook group I created that now has more than 6,000 members worldwide.

PSB have been my favourite group since I first heard West End Girls nearly 35 years ago, and to date have sold more than 100million records globally.

‘P’ is for Pet Shop Boys 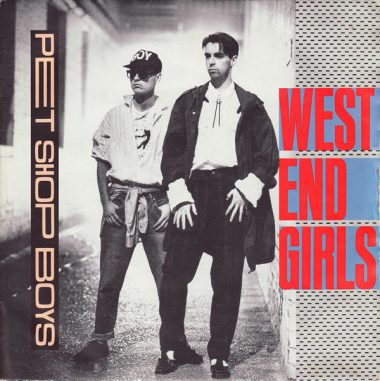 I WILL never forget the first time I heard ‘West End Girls’ (1985) on the car radio when I was nine. I’d never heard anything like it before and instantly wanted to hear it again.

A posh English voice was rapping the verses then singing the chorus in a distinctive style, with that funky synthesizer bass hook underneath.

‘West End Girls’ had a slow-burning breakthrough into the pop charts for singer Neil Tennant, a former Smash Hits journalist, and keyboardist Chris Lowe, a former architecture student, who met in an electronics shop on the Kings Road, London in 1981.

The Stephen Hague-produced version that first hooked me in to their music was released in October 1985 and worked its way up the charts after Christmas, eventually hitting the No.1 spot by January of 1986.

Having been impressed with the sound of this genre-defying classic, I was delighted when I first saw Pet Shop Boys perform it on Top of the Pops.

Neil, dressed in a long black coat by ‘Blitz kid’ Stephen Linard, and Chris in a leather bomber jacket and BOY baseball cap refused to enter into the boring-old party atmosphere of the show, preferring to adopt a measured coolness instead.

PSB had filled the ‘band of the moment’ void left behind by the likes of Wham! and Duran Duran in the mid to late 80s pop charts.

Nobody else can scythe down the politicians in a three-minute pop song quite so brutally as Pet Shop Boys.

If they had a manifesto slogan it may be “Che Guevara and Debussy to a disco beat”, just as they declared on their epic 1988 hit ‘Left To My Own Devices’. 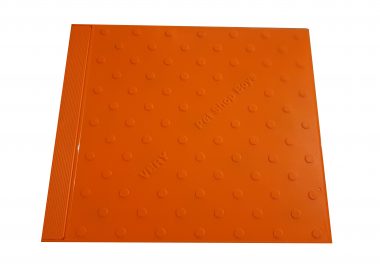 Songs like ‘Opportunities (Let’s Make Lots of Money)’ (1986) from debut album ‘Please’ (1986) and ‘Rent’, ‘Shopping’, ‘King’s Cross’ and No.2 hit with their heroine Dusty Springfield ‘What Have I Done To Deserve This? (all from 1987 album ‘Actually’) made ironic and cutting references to the mercenary Thatcher government of the day.

“Our gain is your loss, that’s the price you pay, I heard it in the House of Commons, everything’s for sale,” they state in ‘Shopping’ which sums up the ease at which public owned utilities were sold off to the stock market in the 1980s, just like items on a shopping list.

Most recently, on the ‘Agenda’ EP (2019), ‘Give Stupidity A Chance’ mocked Donald Trump as well as Michael Gove’s “had enough of experts” Brexit comment, while ‘On Social Media’ pours scorn on our obsession with Facebook and Twitter.

While Tennant and Lowe are justifiably compared to Lennon and McCartney for their songwriting successes, they also have a great knack of making a cover version sound like it was actually their tune in the first place.

Damon Albarn once said a PSB remix of Blur’s biggest hit ‘Girls and Boys’ made itself sound like the original recording while Blur had made an indie cover of it.

The best example of their clever covers is ‘Always on My Mind’ that became Christmas No.1 in 1987.

Their disco remake of the Elvis Presley classic with its hi-energy bassline, cowbells and synth brass stabs is a PSB classic often used as a concert finale or encore, it so synonymous with them.

‘It’s Alright’, a cover of Sterling Void’s house hit (though with an additional PSB-penned middle eight), was another chart success, reaching No.5 in 1988.

‘Go West’ (1993) – PSB’s take on The Village People classic, complete with a male voice choir for added camp, charted at No.2.

‘Where The Streets Have No Name (Can’t Take My Eyes Off You)’ (1991), though, seems to have had a more profound effect in the pop world.

Released as a double A side with ‘How Can You Expect To Be Taken Seriously?’, mashes up a U2 hit with Frankie Valli’s 60s hit.

The No.4 hit apparently forced rock giants U2 to reappraise their sound and image.

Lowe’s sequencers and drum machines recreate The Edge’s guitar riffs with ease while Tennant casually blends the rock anthem into a camp disco pop song as if to suggest there’s little difference between the two genres.

PSB even released their own version of ‘We’re The Pet Shop Boys’ in 2003, a song originally released by My Robot Friend the year before. Well they had to really, didn’t they?!

Pet Shop Boys have regularly set themselves apart from their pop peers by breaking new ground.

After the success of their first two studio albums they were ripe for a world tour, but they decided to make a film instead.

Re-released for the first time on Blu-ray and DVD by the BFI in June, ‘It Couldn’t Happen Here’ (1988) stars Pet Shop Boys alongside Joss Ackland, Gareth Hunt and Barbara Windsor on “an extraordinary adventure from the coast to London, encountering a curious array of eccentric characters along the way.”

World tours did follow though, and they too were quite different. Pet Shop Boys created a lavish theatrical spectacle directed by film-maker Derek Jarman on their ‘MCMLXXXIX’ world tour (1989), and they have since collaborated with the likes of London Olympics ceremony director Es Devlin.

They have written and staged a musical called ‘Closer To Heaven’ (2001) with Jonathan Harvey which even had its own cabaret follow-up starring Frances Barber reprising her role from the original musical in one-woman show ‘Musik’ in 2019.

Tennant/Lowe penned a score for Eisenstein’s 1925 silent Soviet movie ‘Battleship Potemkin’ which they performed alongside the film in Trafalgar Square in 2004. 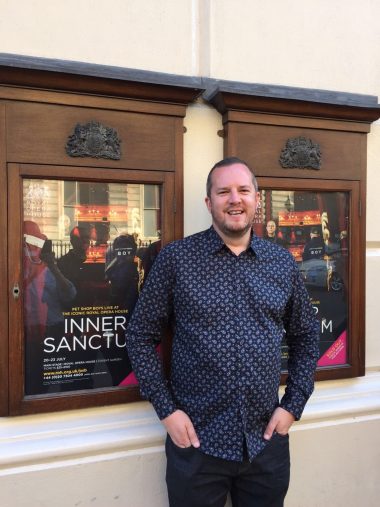 And in 2011 they worked with Sven Helbig on the score for a ballet based on Hans Christian Anderson’s fairy tale ‘The Most Incredible Thing.

PSB also worked with biographer Andrew Hodges to compose a Prom called ‘A Man from the Future’ about the life of computer inventor and codebreaker Alan Turing, which was performed featuring Neil and Chrissie Hynde on vocals at The Proms in 2014.

They have – unusually for a pop group – also played residencies at The Savoy (in 1997) and The Royal Opera House in 2016 (which they repeated in 2018), the latter becoming their 2019 DVD/CD release ‘Inner Sanctum’.

Image and styling have always been a key element to Pet Shop Boys’ presentation.

Neil’s Smash Hits photographer friend, the late Eric Watson, was responsible for framing many classic images of the duo.

Since Watson first captured them so memorably for West End Girls (he also directed the legendary video where they march to the beat across London), he went on to take some of their most iconic pictures including the ‘It’s A Sin’ and ‘Behaviour’ cover shots.

Watson’s imagery was always perfectly complemented by designer Mark Farrow’s minimalist and precise album sleeves that have defined the “brand”.

Farrow is to Pet Shop Boys what Peter Saville is to New Order or Anton Corbijn to Depeche Mode.

All PSB albums have one-word titles too, adhering to that minimalistic mantra.

The sleeve for ‘Actually’ with Neil yawning on it was simplistic but unforgettable and is one of the most parodied album sleeves of all time.

Their 1993 LP ‘Very’ came housed in its famous bobbly orange jewel case – the Boys adopting a different costume persona for each of its single releases.

A signed 11-record limited edition vinyl collection for 2009 LP ‘Yes’ is valued at more than £7,000 and ranked as one of the most collectible items on the market.

And every year Petheads scramble for a copy of the latest ‘Annually’ book that usually comes with a limited edition CD and often sells out.

PSB’s deadpan approach used to bring lazy accusations of them being dull, which could not be further from the truth.

These false charges were countered in 1990 hit ‘Being Boring’ but the epic track – my personal favourite – has a much more sombre tale to tell.

A semi-autobiographical masterpiece, it beautifully juxtaposes a joyful melody and achingly gorgeous chord changes with a melancholy lyric about the dichotomy of Tennant’s success as a pop star while his friend was dying from AIDS.

The heart-rending story captures the hopefulness of leaving for London “with a haversack and some trepidation” in the 1970s but concludes that “Some are here and some are missing in the 1990s.”

‘Being Boring’ cleverly condenses decades of a life into a perfect pop song.

It was inspired by looking back through “a cache of old photos” and though it is personal to Tennant it manages to feel universal to all.

Pet Shop Boys’ B-sides are as highly anticipated as the A-sides, which is no surprise as they’ve written some brilliant alternative tracks, even releasing them on two compilation albums.

Regularly working on new material in their Berlin studio, Tennant and Lowe’s success lies in their insatiable desire for music.

They are both students and professors of the art of pop.

Their peers agree as, beyond their own critical and commercial successes, Pet Shop Boys have been entrusted to write and produce songs for Tina Turner, Shirley Bassey, Kylie Minogue, Dusty Springfield, Morten Harket and Liza Minnelli as well as collaborating with David Bowie, Suede, Phil Oakey, Jean Michel Jarre and Elton John.

A greatest hits tour ‘Dreamworld’ has been rescheduled for next year due to the Covid-19 crisis.

In the meantime fans were treated to a lockdown version of ‘West End Girls’ which they recorded for an online festival. You can see it here tinyurl.com/yccshvtv.

One thing we Petheads feel will be a positive from the current pandemic is it will have inspired the Boys to get writing even more material.

We still can’t wait to hear what they will do next, even after all these years.

I think that tells you everything you need to know about this stellar pair – the UK’s most successful pop duo.

Underrated track = This Used To Be The Future

• Check out James’ playlist ‘P is for Pet Shop Boys’ on Amazon Music at tinyurl.com/y2th9n4s