The Queen took the world by surprise last night (Saturday) after inviting Paddington Bear for tea in a two-and-a-half-minute film that opened the Party at the Palace event for her Platinum Jubilee.

Being unable to attend the Saturday night concert at Buckingham Palace, the Queen still took centre stage after agreeing to make a rare foray into a sketch with Britain’s favourite bear to open the show – a surprise that even some of her immediate family didn’t know about.

The two-and-a-half minute sketch was reminiscent of the James Bond surprise of 2012, when the Queen played herself opposite Daniel Craig as 007 and spectacularly ‘parachuted’ into the Olympic Games stadium.

Like then, according to a royal source, the Paddington sketch was a surprise to even some of her children, grandchildren and great-grandchildren watching in the audience.

“While the Queen may not be attending the concert in person, she was very keen that people understood how much it meant to her and that all those watching had a great time.”

The sketch, which opened the Platinum Jubilee’s Party at the Palace, shows the Queen having invited Paddington Bear for afternoon tea.

After drinking all the tea himself, much to the butler’s disproval and the Queen’s amusement, the beloved bear nearly drops the teapot and clumsily proceeds to spray cream from three chocolate eclairs all over the footman.

Having ruined the creamy pastries, a forlorn Paddington offers the Queen a marmalade sandwich that he keeps under his hat.

“Perhaps you would like a marmalade sandwich. I always keep one for emergencies.”

The Queen confides “So do I” and opening her handbag tells him: 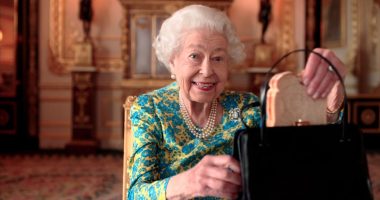 We finally know what The Queen keeps in her handbag. Photo credit: BBC

The short film touched the hearts of viewers across the world as the duffle-coat wearing bear congratulates the Queen on her remarkable reign saying:

“Happy Jubilee Ma’am. And thank you for everything.”

The sequence ends with both the Queen and Paddington using spoons to tap out the beat of rock band Queen’s ‘We Will Rock You’ on china teacups as the concert begins outside their window.

“Her Majesty is well known for her sense of humour, so it should be no surprise that she decided to take part in tonight’s sketch.

“There was an interest in the filming and animation process and the opportunity to invite a famous bear to tea was just too much fun to miss.”

Rosie Alison, from Heyday Films who filmed the sketch at Windsor Castle said:

“Filming Her Majesty’s tea party with Paddington Bear was such an emotional day for the entire crew. All of us were in awe of the Queen’s wit, warmth and radiant aura as she patiently engaged with a polite, clumsy but very well-intentioned bear.

“Of course, she shone, and put Paddington – and all of us – at ease. Capturing this lovely encounter was an absolute joy and unique privilege for the whole team.”

Click here to see the full version of the sketch. 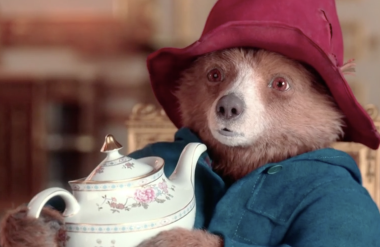