Revellers marvel at being ‘part of history’ at Buckingham Palace concert

Party at the Palace revellers have said they felt like “part of history” celebrating the Queen’s Platinum Jubilee from the grounds of her home.

Some 22,000 people heard live speeches by the Prince of Wales and Duke of Cambridge amid performances from stars including Diana Ross, Rod Stewart, Craig David, Duran Duran and rock band Queen at the Buckingham Palace event on Saturday night.

Impressive visuals of the Queen were projected on to the royal residence during the patriotic two-and-a-half hour event, and drones drew three-dimensional corgis and cups of tea in the sky before a closing performance by Diana Ross. 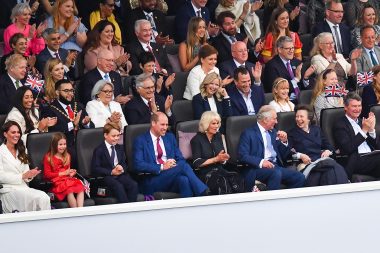 Dean Carpenter, 53, a lecturer, who also served in the military, said being at the palace felt like being “part of history”.

Mr Carpenter, who was wearing a Union Jack-patterned suit and attended with his wife Lesley Carpenter, 55, said:

“It was amazing, absolutely fantastic – especially the royal family being there.

“The monarchy means a lot to me because I served in the military for 26-and-a-half years so the Queen was my boss for all that time.

“She was a good boss, she looked after me. I wanted to pay tribute.

“I want to tell my grandkids ‘we were here’. It’s part of history.”

Laura Devine, 33, who attended with her mother Pat Pollard, 59, said she was especially impressed with the drone display. 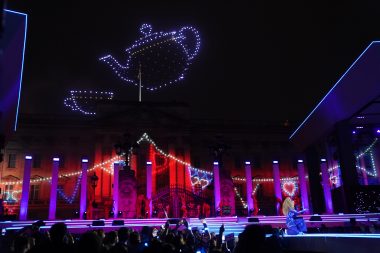 Drones make shapes above the Platinum Party at the Palace as Ella Eyre performs in front of Buckingham Palace, London, on day three of the Platinum Jubilee celebrations for Queen Elizabeth II. Photo: PA

“It was fabulous, excellent.

“The atmosphere was great – I thought the best part was the drones.

“The Queen has been on the throne for 70 years and she’s the mainstay of the country, so it was brilliant to be there.”

Aisha Kasim, 37, described celebrating the Queen’s 70-year reign at the royal residence as a “once in a lifetime opportunity”. 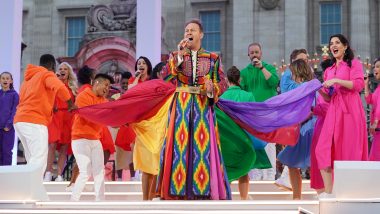 Jason Donovan performed the much loved ‘Any Dream Will Do’ from Joseph and the amazing technicolor Dreamcoat. Photo credit: PA 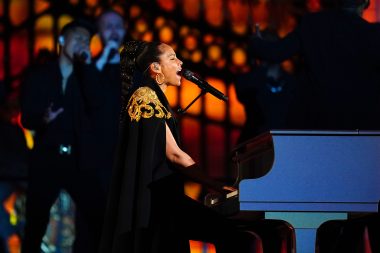 “I think it’s a once in a lifetime opportunity and I think it’s the sort of thing that we probably won’t see again any time soon.

“(The Queen) is our longest-serving monarch, she’s done amazing all these years, so it’s just great to come along for the party and to make the journey… we’re so we’re happy to be here.

“I’m actually from Nigeria as well… and Nigeria was an ex-British colony, so I’ve grown up my whole life with that,” she added. 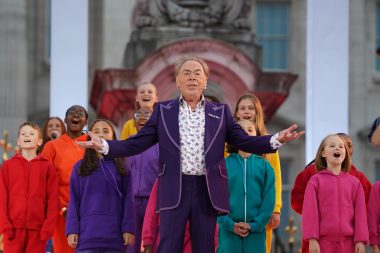 Lord Andrew Lloyd Webber put on a show of his best loved musicals during the Platinum Party. Photo: PA

Lucy Morris, 39, and her son Lucas Wainwright, 14, both wearing Union Jack wigs and face paint described being at the event as “the best thing of my life”.

The teenager, who had also swapped his prosthetic leg to a “Jubilee-style leg” patterned with Union Jacks for the occasion, said:

Paying homage to the rock band Queen who performed at the concert, Ms Morris said: 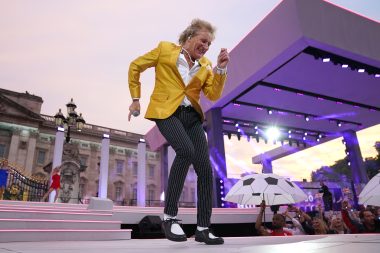 Rod Stewart’s still got the moves and got everyone singing along to Sweet Caroline. Photo credit: PA Wire/PA Images

Sisters Sarah Hocking, 50, and Jane Friggens, 52, said they watched Party at the Palace from The Mall nearby with thousands of others keen to see the event without a ticket.

The pair were wrapped in Union Jack flags and said:

“Prince William and Charles – I didn’t expect them to come on.

“They were so grateful, so appreciative, and we are too.

“The Queen is just so dedicated to what she does and it’s good to have a figurehead and at 96 years old – she’s amazing.

“It was amazing – we absolutely loved it.” 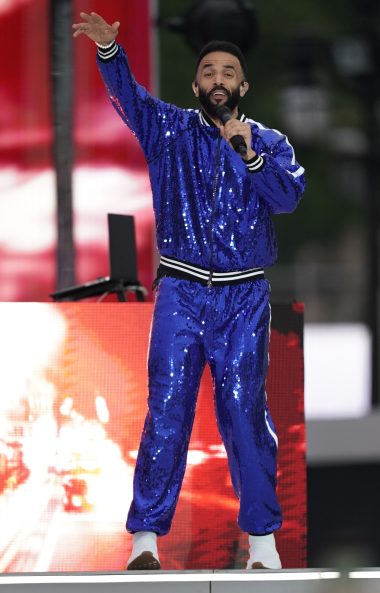 Meanwhile, millions more people tuned in to watch the concert from their homes via BBC One.

Rock band Queen, whose guitarist Brian May performed on Buckingham Palace roof for the last Party at the Palace in 2002, was joined by singer Adam Lambert, while Eurovision star Sam Ryder also took to the stage in a glittering Union Jack-patterned suit. 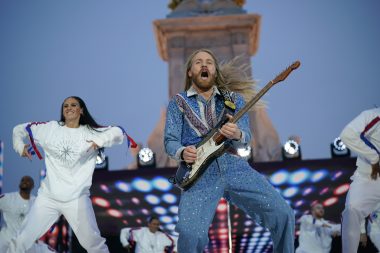