Royal Mail, which delivers to 31 million homes across the UK, is issuing the postmark in tribute to England women’s national football team being crowned European Champions for the first time.

“It’s a fantastic achievement that we feel is deserving of a special postmark. It’s been amazing to watch this group of talented footballers bring the nation together. We congratulate the manager, the players and all of the backroom staff on the win!” 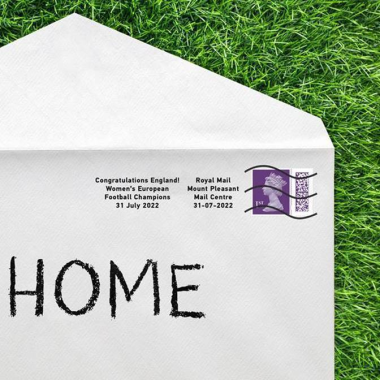