We may be about as far away as it’s possible to get from the coast here in Worcestershire, Warwickshire and the West Midlands but it’s still wonderful to see images of Britain’s diverse and beautiful aquatic wildlife. 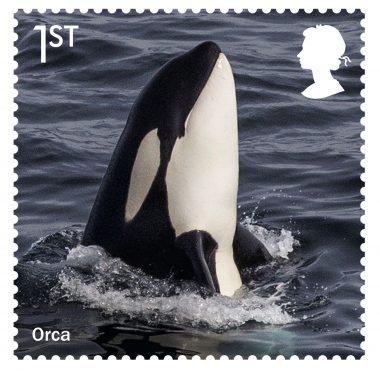 Royal Mail obviously think so too as they have jut released a new set of 14 stamps showing images of some of the aquatic wildlife that can be found around the British Isles.

Ten stamps feature detailed pictures of various marine habitats and creatures that can all be found around the UK, including mammals, fish, anemones, crustaceans, birds, molluscs and cold-water coral reefs.

The final four showcase the marine food chain in a miniature fact sheet, created in tandem with a marine biologist.

All designs were approved by the Queen.

Royal Mail worked with David Sims, senior research fellow at the Marine Biological Association in Plymouth and Professor of Marine Ecology at the University of Southampton, when creating the stamps.

“The stamps are a great opportunity to celebrate the UK’s wonderfully diverse marine life but also to acknowledge our responsibility to protect these increasingly impacted species and ecosystems.”

Among the creatures shown in the stamps are the cuckoo wrasse, a colourful fish found near rocky sea-beds that begin life as females but can become male if needed, and more well-known bottlenose dolphins, found living in social groups equalling between 20 and 1,000.

The UK’s waters are home to around 3,000 species of animal and plant life.

The entire set costs £14.50 and can be pre-ordered at www.royalmail.com/wildcoasts and go on general sale on July 22.

Experts reveal tips and tricks to ‘survive’ a power cut