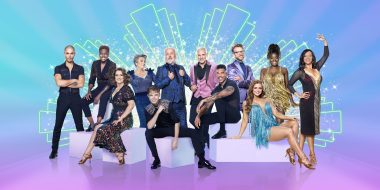 Strictly Come Dancing is set to break new ground when it welcomes its class of 2020 for the first live show of the series tonight.

They are set to take to the floor for their first scored dance together and will quickstep to Get Happy by Ella Fitzgerald.

Made In Chelsea’s Jamie Laing is taking a second stab at winning the coveted Glitterball trophy after he was thwarted by injury last year and forced to pull out.

He and Karen Hauer will dance the cha cha to Think About Things by Iceland’s 2020 Eurovision hopefuls Daoi Freyr.

Former home secretary Jacqui Smith is the latest politician to tackle Strictly and she has been teamed up with Anton Du Beke and will attempt the foxtrot to Monty Python’s Always Look On The Bright Side Of Life. Jacqui was the Member of Parliament for Redditch from 1997 until 2010. 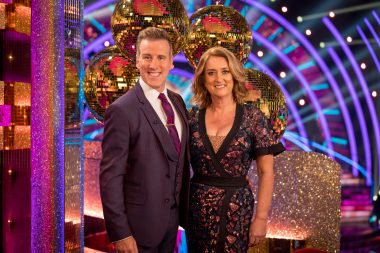 Jacqui has spoken about the hard work of the show’s rehearsals, saying her muscles are “screaming out loud” from the intense training.

When asked about rehearsals, she said: “I’m fitter, much fitter now, than I ever was when I was in Parliament, but there are muscles in my body that I did not know existed before and that are now screaming out loud from the training.”

And TV presenter JJ Chalmers and his professional partner Amy Dowden will waltz to What A Wonderful World by Louis Armstrong.

Due to the health crisis, this year’s judging panel will look slightly different.

The twelve celebrity couples will be out to impress Craig Revel Horwood, Shirley Ballas and Motsi Mabuse.

Bruno Tonioli will be absent as he is in the US working on Dancing With The Stars, though is expected to return later during the series.

Viewers can expect to find comfort in the familiarity of returning hosts Tess Daly and Claudia Winkleman.