The Crown to include ‘keystone moment’ of Diana’s Bashir interview, reports say

The fifth series of Netflix drama The Crown will dramatise the headline-making 1995 Panorama interview with Diana, Princess of Wales, according to reports.

That interview, conducted by then-BBC journalist Martin Bashir, made global headlines as the princess spoke openly about her marriage to the Prince of Wales, famously telling Bashir “there were three of us in this marriage, so it was a bit crowded.”

Earlier this year, a report by Lord Dyson concluded that the BBC covered up “deceitful behaviour” used by Bashir to secure the bombshell interview and led to a call from the Duke of Cambridge for it never to be aired again.

According to The Sun, an insider said:

“The Crown’s creators see the interview as the keystone moment in series five.

“To the writers, the stormy marriage between Charles and Di led up to her outpouring on Panorama, and the aftermath of that decision defined her final months.

“They are making a huge investment in that. The Crown has a track record of delving into areas of the Royal Family’s history they’d rather be left alone.”

Lord Dyson’s report concluded that Bashir was in “serious breach” of the BBC’s producer guidelines when he faked bank statements and showed them to Diana’s brother Earl Spencer to gain access to the princess for the interview.

Following the report, William and the Duke of Sussex both issued statements condemning the BBC’s actions, with the Duke of Cambridge saying:

“It brings indescribable sadness to know that the BBC’s failures contributed significantly to her fear, paranoia and isolation that I remember from those final years with her.”

The BBC wrote to the royal family to apologise for the circumstances surrounding the interview and Bashir also issued an apology, saying faking the documents was “a stupid thing do to do”, and “an action I deeply regret”, but maintained it had “no bearing whatsoever on the personal choice by Princess Diana to take part in the interview.” 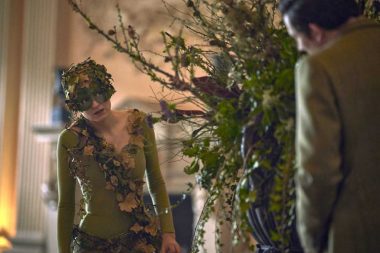 Last season landmark Ragley Hall near Alcester in Warwickshire was used as a set on Royal drama The Crown. Photo credit: Netflix

In the last season of The Crown (Season 4) the production team spent two days filming at Ragley Hall near Alcester in January 2020.

It was a wintry morning in the middle of January 2020, when Prince Charles arrived by car to the Ragley Estate, where Sarah Spencer was eagerly awaiting his arrival.

As Charles stepped into the hall with Sarah, he met a young Diana dressed in costume whilst rehearsing for her school’s rendition of Midsummer Night’s Dream. In season 4, the royals were portrayed by Josh O’Connor, Emma Corrin and Isobel Eadie.

The hall could also be seen again in episode 3, in which Ragley’s vaulted hallway received a dramatic makeover, transforming it into the environment of a Buckingham Palace kitchen.

Over the years, the Ragley Estate has played location to a variety of film projects from being a stately setting for The Scarlett Pimpernel starring Ian McKellen to mirroring The Palace of Versailles in Doctor Who, which saw the estate welcome David Tennant as the tenth Doctor.

The fifth series of the lavish royal drama, due to air in November 2022, will see Dominic West star as the Prince of Wales and Elizabeth Debicki as Diana. 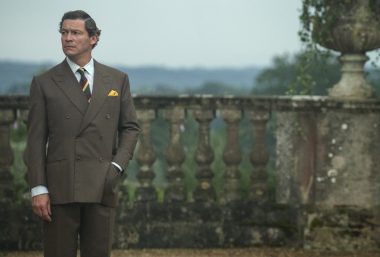 Photo of Dominic West as the Prince of Wales appearing in the fifth season of the streaming website’s show, The Crown. Credit: Netflix

The Wire star West takes over the role of Charles from Josh O’Connor, while The Night Manager actress Debicki will replace Emma Corrin.

Imelda Staunton will take over the role of the Queen from Olivia Colman, while Jonathan Pryce will replace Tobias Menzies as the Duke of Edinburgh and Lesley Manville will take on Princess Margaret, following in the footsteps of Helena Bonham Carter.

The Crown was due to end after the fifth series, but the show’s creator and writer, Peter Morgan, later said it will be extended to include a sixth series.

In 2020 it was reported that Harry and wife Meghan Markle had signed a deal with Netflix, reportedly worth 100 million dollars (£76 million), to produce a range of films and series for the streaming service.

Netflix has said it is not commenting.

Could you be a Community Payback Officer? Recruitment drive to ensure offenders pay back for their crimes