The Railway Children Return: A charming trip down memory lane with an important social message - The Coventry Observer

The Railway Children Return: A charming trip down memory lane with an important social message

52 years later, The Railway Children are back: Rachael Davis chats to the sequel’s cast, including Jenny Agutter who’s back as Bobbie, about the film.

In 1944, as the Second World War is reaching its climax and bombs rain down on Manchester, a mother-of-three has to make the most difficult decision: to send her children to the countryside for their own safety.

After a heart-wrenching goodbye at the train station, evacuees Lily, Pattie and Ted are on their way to the Yorkshire village of Oakworth, where a big adventure awaits.

The three young heroes of The Railway Children Return are met on the Oakworth station platform by Bobbie Waterbury – who, fans of the 1970 original will remember, herself arrived in Yorkshire on the railway many years ago – along with her daughter Annie and grandson Thomas. 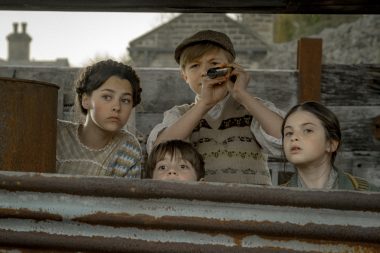 The Yorkshire family welcome the evacuees with open arms to their new life in the countryside, but the idyllic country ‘holiday’ turns into a perilous quest when the children discover Abe, an injured black American soldier in need of their help.

Bold young Lily takes charge on the children’s mission to help and protect their new friend – a brave lad who, like them, is stuck far away from home.

Jenny Agutter, now 69, reprises the role of Bobbie. It’s been decades since Bobbie was the plucky young girl helping the villagers in her new home of Oakworth: the film shows that she’s now settled with her daughter and grandson after an extraordinary life of pioneering social justice.

“I think it was really important to know what she’d been up to,” Agutter says of coming back to the character. 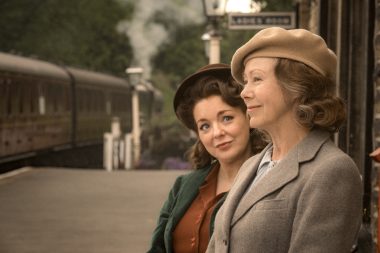 “Since it’s actually quite a small role within the film, it’s a chance to go: there’s a new Bobbie, as it were, in Lily, and there’s a daughter, and there’s a whole other story.”

“When Jenny arrived, it was like royalty arriving,” recalls Gavin And Stacey and Cilla star Sheridan Smith, 41, who plays Bobbie’s daughter Annie.

“Everyone was so excited, it really was like: wow. To get Jenny’s seal of approval!”

Manchester-born Game Of Thrones star John Bradley is also continuing the story of a beloved character from The Railway Children: he plays stationmaster Richard Perks, the grandson of Albert, who was portrayed by Bernard Cribbins in the 1970 film.

“My favourite thing about my character was the privilege of updating the Perks’ family lineage, introducing people to a new generation of the Perks family,” Bradley, 33, said.

“Being inspired by Bernard’s incredible performance, but feeling licensed to create a new character for myself… It was a balancing act, and slightly intimidating as well, because he’s a character that people have such affection for. But it was just a thrill. I was just very privileged to be involved.”

Complimenting the nods to the 1970 original, fans are also sure to be enchanted by The Railway Children Return’s new characters – particularly the bold, brave and often hilarious children.

“I loved Lily, I admire her so much as a character,” says Rogue One star Beau Gadsdon, who plays the girl that Agutter describes as “a new Bobbie”.

“The film’s message is about hope and resilience and family. And I think Lily also carries that with her.

“She’s so resourceful, with helping Abe, and she really has a strong sense of what’s right and wrong. She really sticks up for what she believes in.”

Sticking up for what you believe in and standing by your friends in the face of injustice are the core themes of the film, which explores not only the upheaval experienced by evacuated children in the Second World War, but the effects of the US Army’s racist segregation policies which remained during wartime.

He and his fellow black soldiers have been victims of racism at the hands of white American troops: forbidden from drinking in the same pubs as their white counterparts, punished for mingling with local white women, and treated with disdain by those supposed to be fighting with them.

“For my character, being an American soldier, with the segregation at that time in America, facing racism from his own troops, his white counterparts who are fighting in the same war as him… I definitely knew what was going on with the racism at that time, but diving in and doing that research to get into character, you see more horrors and shocking stories,” says Aikens.

“It was a lot, but it was very interesting to learn about and get myself there emotionally.”

The cast are quick to praise how The Railway Children Return blends family fun – mud-rolling, farmyard antics and cheeky children galore – with a narrative conflict that works as a fable, a lesson for modern audiences rooted in the past.

“Doing the research actually made me really sad, because of what they went through. I couldn’t imagine it,” says Gadsdon of the plight of evacuees.

“I think it’s important it gets recognised in the film. It’s not overpowering, it’s also really, really fun, but it’s there, and it shouldn’t be ignored.”

“That’s the thing about this film, that we made a year ago – since then, it’s become even more pertinent,” says Bradley.

“At various points, we deal with children being evacuated out of a war zone to safety, we deal with racism, and we deal with Bobbie being a suffragette, and the journey that women’s rights have gone on.

“Just lately that’s become even more pertinent, and just makes you think: the world has changed, but maybe it’s not changed quite enough.”

The Railway Children Return is only in cinemas from Friday July 15. 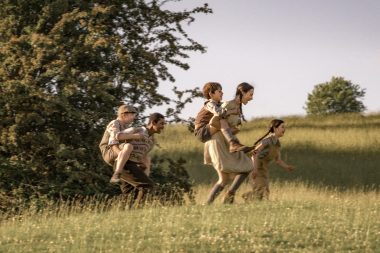