The shrubs you should NOT prune in early spring

Leave these 6 flowering shrubs alone for the time being or you may lose this year’s blooms.

With the warm weather encouraging plants into growth earlier, we may all be reaching for the secateurs to give everything a good prune.

But there are are some shrubs already in flower, or which will bloom in late spring and the beginning of summer, which won’t take kindly to being pruned now because their flowers are produced on shoots developed during the previous growing season – so if you hack them now, you’ll cut off this year’s flowers.

So, which shrubs should you definitely not be pruning in early spring? The general rule is, shrubs that flower in spring and early summer should only be pruned immediately after they have finished flowering. These include… 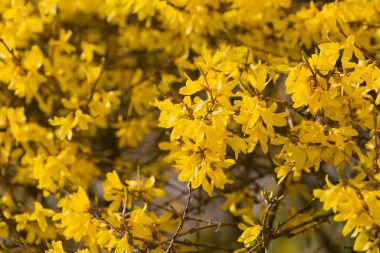 The zingy yellow flowers of this spring favourite bring a cheery note to gardens, complementing daffodils and other bright blooms at this time of year. Many are already in flower, so leave pruning ’til April or May, when flowering is over. I often just use shears to cut my forsythia back, trimming enough to take off the dead flowerheads and remove the tips of the shoots. But if you want to be a bit more methodical, cut back dead flowers, following the stem back to a sideshoot that hasn’t flowered and cut just above that. 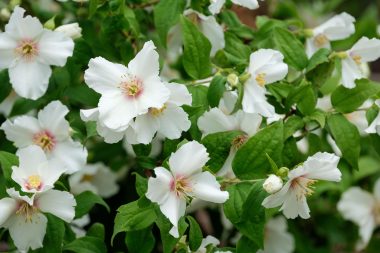 The glorious mock orange may look a little wayward when it is growing, especially if you’ve allowed it to throw up long, whippy non-flowering shoots through lack of pruning – but come early summer when the creamy white flowers bloom, the heady scent which can be carried on the wind will make up for any leafy untidiness.

This one, though, does need a good prune when flowering has finished in June or July, or it will grow straggly and the flowers will be lost in the foliage. Follow the stems which have flowered until you find a sideshoot lower down which doesn’t have any remnants of dead flowers on it, and cut just above it. By the time you’ve finished, the shrub will be about two thirds of its original size. 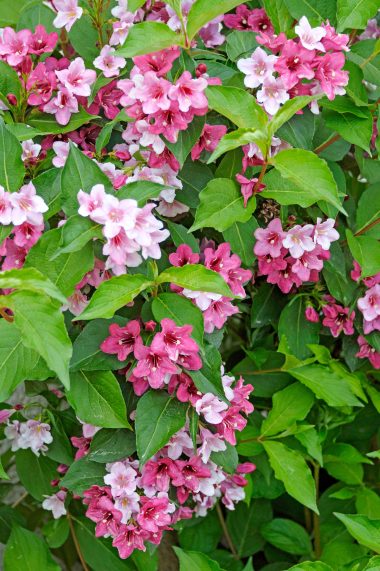 This popular, easy-to-grow, summer-flowering shrub which bears pink flowers is also pretty vigorous, so you’ll need to prune it after flowering, cutting the flowering shoots back by a third. Concentrate on cutting out some of the older flowered stems, not all of them, and shorten others to retain a good shape for the shrub. If you have a variegated leaf type and have noticed some of the foliage has reverted back to plain green, cut those stems back too. But leave it all ’til summer. 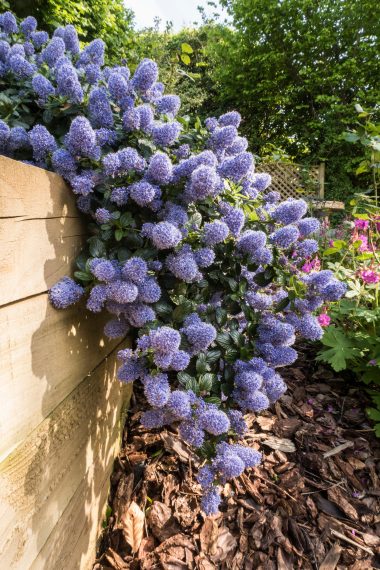 Late spring and early summer-flowering evergreen types of ceanothus such as ‘Thyrsiflorus repens’ – a vigorous shrub of low, spreading habit – should be pruned after flowering, by cutting back straggly shoots by half their length and removing any frost-damage shoots and foliage. Don’t cut into old wood unless it’s absolutely necessary, because they can be slow to grow back. 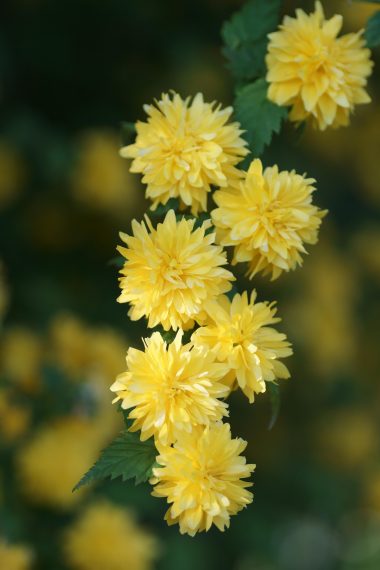 This showy spring shrub with uplifting, golden flowers produced on arching stems will grow virtually anywhere – but watch out because it can throw up suckers. Its flowering shoots should be cut back when flowering has finished, to give it enough time to produce shoots for the following year. 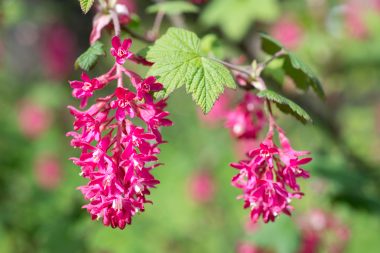 Pruning can take place in May, once they’ve finished flowering. If your plants are young they can go without pruning at all for a year or two, but sooner or later they are going to need a tidy up. Follow the same rules by cutting back the dead flowers and going further down the stem until you find a healthy bud, and cut above it.

Then there are evergreens, including conifers, which only need shaping up in the summer with shears. Slow-growing flowering shrubs, such as azaleas and hydrangeas, also don’t need much pruning.