The Wonder of Stevie: How a child prodigy became one of the world's greatest ever musicians

In spite of his disability, Stevland Morris, whose family later moved to Detroit, became a talented multi-instrumentalist, most noted for his keyboard and harmonica playing, as well as being a top drummer.

Morris was snapped up by the Tamla label, aged 11, and renamed ‘Little Stevie Wonder’ by record bosses as he started to rub shoulders with some of the biggest names in R&B like Ray Charles and Smokey Robinson, who Wonder co-wrote ‘Tears Of A Clown’ for, when he was just 16.

It was not long before Wonder would lose the ‘little’ tag and grow bigger than his heroes as he matured into one of the greatest singer-songwriters, producers and performers in the history of music.

‘W’ is for Stevie Wonder

In the 1970s, Wonder’s critical success was at its peak as he forged a new path for his record label Tamla (Motown) when he pioneered the album format as a mainstay of record sales.

His LPs ‘Innervision (1973), ‘Fulfillingness’ First Finale’ (1974) and ‘Songs in the Key of Life’ (1976) all won the Grammy for Album of the Year, making him the tied-record holder for the most wins, with three, and he remains the only artist to have won the title with three consecutive LP releases.

While the 70s saw his critical peak, the 1980s saw Wonder’s commercial fortunes flourish and fame explode as he scored chart-topping hit singles around the world, eventually being inducted into the Rock and Roll Hall of Fame in 1989.

Wonder has sold more than 100million albums worldwide and won 25 Grammy awards (including a Lifetime Achievement gong) – the most achieved by any solo artist, and he remains Motown’s biggest selling artist ever.

His pioneering use of synthesizers and new technology led to a friendship with American inventor Ray Kurzweil which prompted him to launch his own brand of electronic keyboards in 1982.

Now aged 70, he is a political activist, being an ambassador for world peace, having been named a United Nations Messenger of Peace. In 2014, he was honoured with the Presidential Medal of Freedom.

Stevie Wonder famously sung how he was not superstitious in his 1972 hit song, so here’s 13 of my favourite tracks by this musical legend:- 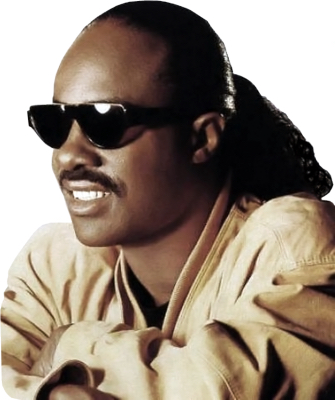 ‘Uptight (Everything’s Alright)’ (1966) – After Wonder’s No.1 success with ‘Fingertips’ in 1963, the teenage star was in danger of being let go by Tamla (later Motown) after a string of also-ran releases, so this massive breakthrough hit was a real career-saver.

It was his first co-write – aged just 16 – it hit No.1 in the US (No.14 in the UK) and became a Motown classic that shone the way forward for him as the brilliant songwriter he became.

‘Signed, Sealed, Delivered I’m Yours’ (1970) – The first song he produced for himself, this co-write, partly credited to his mother Lula Mae Hardway, was a No.1 hit on the US R&B chart and hit No. 15 in the UK (certified Platinum).

It’s a timeless pop hit that crossed over to the mainstream from R&B, and has been covered by other artists more than 100 times. Wonder even scored a No.11 UK chart hit with a new version recorded with Blue and Angie Stone in 2003.

‘Superstition’ (1972) – Probably the funkiest pop song ever, and arguably his best song, Wonder’s exceptional playing on his Hohner Clavinet is only outdone by the fact he puts in another stellar vocal performance.

‘Living For The City’ (1974) – An absolutely straight to the point social commentary, about the struggles of a young kid who moves from “hard time Mississippi” to New York and ends up in jail, won a Grammy for best R&B song and was taken from the album ‘Innervisions’ which itself won a Grammy for Album of the Year.

The production and playing on this track is phenomenal, capturing the latest synthesizer sounds, which Wonder was a pioneer of and, once again, it was all played and sung by the maestro himself.

A No.8 Billboard hit in the US (No.15 in the UK), there’s a tremendous sense of working class pride despite poverty and prejudice in the moving lyrics: “Her clothes are old but never are they dirty.”

‘He’s Misstra Know-It-All’ (1974) – A top ten hit in the UK, this tale of a confidence trickster – “a man with a plan with a counterfeit dollar in his hand” – is alleged to be a reference to President Nixon.

Featuring flute-like sounds from the TONTO synthesizer, it’s all Wonder’s amazing musicianship again on this great song, with Willie Weeks the only other musician credited, helping out on bass guitar.

‘Love’s In Need of Love Today’ (1976) – Being an 80s child, the first time I heard this classic song was when George Michael dueted on it with Wonder in 1985. Michael later recorded it for the B-side of his No.1 hit single ‘Father Figure’ in 1988.

Wonder again played nearly all the instruments on his original recording, with the lyrics purveying a message of peace and love needed to be fed more love as “Hate’s goin’ round, Breaking many hearts.”

It opens his seminal double LP ‘Songs In The Key of Life’.

‘I Wish’ was his fifth US No.1 and a No.5 in the UK. The song tells the story of childhood memories and having fun, despite growing up in poverty.

‘Isn’t She Lovely’ (1977) – This adorable ode to the birth of Wonder’s daughter Aisha Morris (she’s now 45) is another staple hit in his impressive back catalogue.

He refused to cut the 6:34 long album version (from ‘Songs In The Key Of Life’) for release as a US single as it contained a recording of his daughter’s voice on it he didn’t want edited out, and who can blame him.

‘Sir Duke’ (1977) – This tribute to jazz legend Duke Ellington, that also refers to Count Basie, Glenn Miller, Louis Armstrong and Ella Fitzgerald, was a No.1 hit in the US and No.2 in the UK, and is also taken from ‘Songs In The Key Of Life.’

Following Ellington’s death in 1974, Wonder wanted to capture in song those musicians he felt were important.

He repeated such tributes, to other influential artists, in some of his later hits.

‘As’ (1977) – The Rhodes piano playing on this track is a masterclass featuring Herbie Hancock combining with Stevie Wonder to create a mellow jazzy groove on top of this brilliant ballad.

There’s a few interpretations of the deeper, spiritual meanings of the lyrics but on the surface, they depict one lover saying to another “I’ll love you until life and the universe themselves cease to exist.”

It’s another cracker from the amazing ‘Songs In The Key Of Life’ LP, which was famously later covered by Stevie Wonder superfan George Michael and Mary J. Blige, reaching No.4 in the UK in 1999. 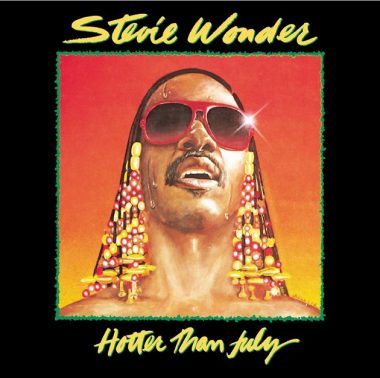 Stevie Wonder blasted into the 1980s with his ‘Hotter Than July’ LP which contained the hits ‘Master Blaster (Jammin’)’ and ‘Happy Birthday’.

‘Master Blaster (Jammin’) (1980) – Wonder pays homage to Bob Marley in this reggae pop hit that set him off on a great start to the most commercially successful decade of his career.

The first single off ‘Hotter Than July’ (1980), it was a big global hit, reaching No.1 in many countries, including Austria, Sweden and New Zealand, topping the US Hot Soul Singles chart and getting to No.2 in the UK, being kept off top spot by The Police’s ‘Don’t Stand So Close To Me’.

‘Happy Birthday’ (1981) – The third song in my list which pays its respects to one of Stevie Wonder’s heroes is this homage to Martin Luther King Jr., which was another UK. No. 2 hit upon its release in April 1981.

A go-to record at birthday parties, the message here was actually more political. Wonder used the song fight for a holiday on Luther King Jr.’s birthday.

President Reagan eventually approved the creation of the holiday in 1983, and so the official Martin Luther King Jr. Day has been held every January 20 since 1986.

The first commemoration was marked with a big concert, headlined by Wonder.

‘I Just Called To Say I Love You’ (1984) – Apparently-serious music critics often overlook this saccharin sweet but inch perfect pop song which won an Oscar for Best Original Song (from the ‘Woman in Red’ soundtrack) on lists like this one.

Fact is it’s Wonder’s (and Motown’s) biggest selling single ever, having topped the charts in no less than 19 countries, including the UK (his only solo No.1 in the UK) and was his eighth No.1 in the US.

‘I Just Called…’ sees Wonder perform all the parts once again, and embracing new synthesizer technology, like the vocoder effect he achieved with a Roland VP-330 and a Linn drum machine.

It’s one of the best pop songs ever recorded, and I mean it from the bottom of my heart.

* Check out James’ ‘W is for Stevie Wonder’ playlist on Amazon Music at https://amzn.to/324WlZa . 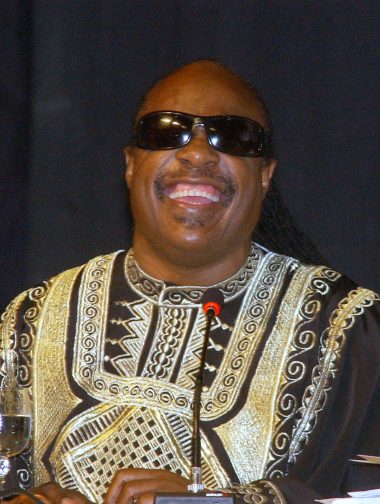