Football anthems have flooded the charts ahead of England’s clash with Italy tomorrow (Sunday). 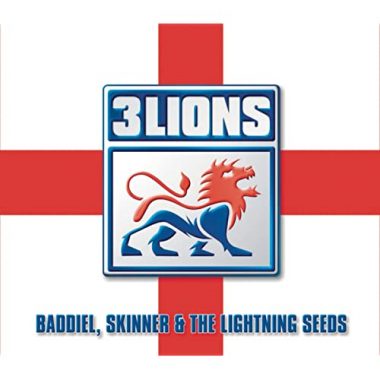 Three Lions (Football’s Coming Home) by Baddiel, Skinner and The Lightning Seeds, which has been ringing out since England’s victory over Denmark, has zoomed up to the charts into the top five ahead of the Euro 2020 final at Wembley.

It is at number four in the charts, up from 22 last week, according to the Official Charts Company.

Vindaloo by Fat Les has also re-entered the top 40 at number 36, its highest chart peak since 2010.

Neil Diamond’s 1971 hit Sweet Caroline, which has become an unofficial anthem of the tournament and was sung by fans and players on the pitch after the win on Wednesday, re-enters at 48.

Meanwhile Ole (We Are England) by Krept & Konan, S1lva and M1llionz is new at 59, and New Order’s 1990 chart-topper World In Motion is back in the charts at 61.

Atomic Kitten’s reimagining of their chart-topping hit Whole Again, renamed Southgate You’re The One (Football’s Coming Home Again), which was released on Tuesday, is new at 86.

Away from football, Ed Sheeran’s Bad Habits holds steady in the top spot, while Good 4 U by Olivia Rodrigo hangs on to second place. Heartbreak Anthem by Galantis, David Guetta and Little Mix climbs to three.

The top five is rounded out by Eurovision winners Maneskin, who hold steady with their hit I Wanna Be Your Slave.

In the album chart, Rodrigo returns to number one with Sour, fending off Queen’s Greatest Hits collection, which settles for the second spot after enjoying a boost in sales thanks to a 40th anniversary re-issue.

Doja Cat’s Planet Her hangs on at number three, while Jack Savoretti, who topped the charts last week with Europiana, falls to four.

Bo Burnham’s Inside (The Songs) hits a new peak on the album chart, climbing to five.