What it feels like to be diagnosed with ADHD aged 35

Simon Neville talks about the life-changing impact of being diagnosed with ADHD as an adult. 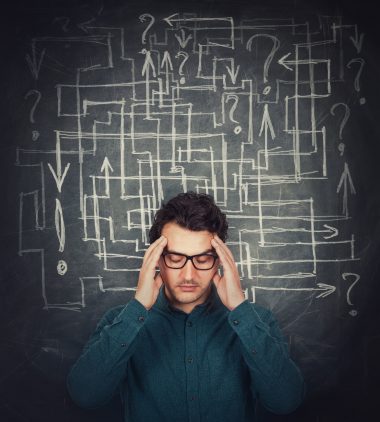 In March this year, a week before the UK went into lockdown, I was diagnosed with attention deficit hyperactivity disorder (ADHD). I’m 35, with kids and a demanding job as an editor on a busy news desk – and it sent me into a tailspin.

I wrestled with how I hadn’t been diagnosed earlier, how I should ‘fix’ myself, and learning about what this really meant (all during a pandemic). But, six months on, I can now say my life has literally changed. And it’s amazing.

For 35 years, I thought I was a bad person. But I’m not. I’m just someone who was ill and didn’t have the support they needed.

A lifetime of struggles

It’s a common misconception that ADHD only affects children. For me, the signs were there from an early age, they just weren’t recognised. Growing up, I was told by teachers and family that I was lazy and could achieve so much more if I ‘just concentrated’. As a result, I beat myself up relentlessly, developing the guiding mantra that I was a lazy a***hole because I just didn’t care enough about anyone.

For me, the ‘H’ in ADHD was in my head. My brain was restless, and concentrating and engaging with tasks was difficult. I could hyper-focus for 10 minutes and would then get distracted. My eyes would dart around, taking in as much as I could and processing huge reams of data and information.

Listening was a challenge

I could never understand how others could seemingly get by in life so easily, with the ability to listen with empathy and care. Over the last decade or so, I’ve been working on this through talking therapy (my GP had put me on anti-depressants and suggested I try therapy around eight years ago, during a particularly tough chapter). I enjoy being empathic towards people and recognise the importance of being able to listen, but it used to be so exhausting. I’d struggle to maintain the focus.

Life took on a pattern of excitement/frustration/burnout – I’ve had nine jobs in 10 years – as I searched for anchors. I thought I needed endless adrenaline hits without consequence – so I built a career out of it.

I lost friends and hurt people emotionally along the way, because my brain was going too fast. I felt I could either use up so much energy on steadying myself and trying to fit in, or I could act on my brain’s thoughts – get the adrenaline hit – but then face the consequences. “Life is only a serious as you make it,” I’d say – without realising or even considering the impact that might have on the other person.

After university, I started realising I could form closer relationships if I listened more, and I worked hard on trying to do that. But it took immense effort and I felt like a failure for being unable to do what the rest of the world could, seemingly so easily. 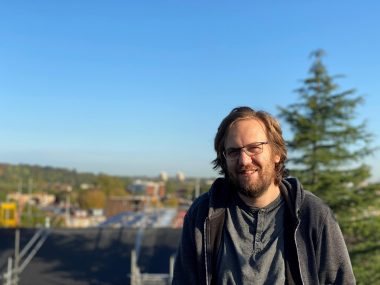 At one point, I started thinking I might be on the autism spectrum, after reading lots of threads from people with ASD talking about their brain processing.

A lot of it felt very familiar. I spoke to my GP. I wasn’t diagnosed with autism – but just taking these tentative steps allowed me the opportunity to look at myself in a different light and start to forgive myself for all the ‘mistakes’. Now, being diagnosed with ADHD means things finally make sense.

Adrian Chiles was diagnosed with attention deficit disorder (ADD) this year and recently talked about how receiving treatment has changed his life. It’s been the same for me. I’m having cognitive behavioural therapy (CBT) and started taking amphetamine medication in June, which feels like it brings me to the same level as everyone else.

Since then, I’ve also lost two stone in weight and come off anti-depressants for the first time in eight years. I’ve also embraced audiobooks – going from never reading books to gorging on 40 since March – and I’m finally slowing down.

I’d convinced myself I was bad and always thought, ‘If I just do THIS’, everything will be fine. But it never was. Life takes time. Listening takes time and stepping out of our heads and into the room can be difficult and confronting.

Looking to the future

Recently, I told my new big boss about my diagnosis, in front of a room of managers and editors. She told me I was brave. Colleagues called to ‘congratulate’ me. It was the easiest thing I’ve ever done and, whilst it’s been hard to write this, if I’m comfortable enough telling the person I’m financially dependent on, I can start telling others too.

I intend to write more about this in a professional capacity and want to use the new skills I’ve been able to unlock for the first time in my life for the better.

I won’t convince everyone I’ve changed, and past behaviours will always haunt me. The difference now is, I can choose how to move forwards, and that feels incredible. I don’t need to prove myself anymore. I made it. I survived. I’m going to enjoy life fully for the first time.

If you are concerned about your mental health or think you may be experiencing signs of ADHD, whatever your age, speak to your GP.