Eurovision Song Contest favourites, Ukraine’s Kalush Orchestra, have been voted through to the Grand Final following a tense semi-final in Turin, Italy.

Don’t worry, the UK is through too. In fact the UK is among the Big Five countries – also including Spain, Germany, France and Italy – who do not have to qualify from the semi-final stage and gain automatic access to the final on Saturday.

However, after a gripping sing off last night, Ukraine are now among ten countries which have also been confirmed to compete at the final this Saturday after acts from 17 countries took to the stage to fight for their place.

Norway, Switzerland, Armenia, Iceland, Lithuania, Portugal, Greece, Moldova and Netherlands were voted through. However, this means for the acts from Albania, Latvia, Slovenia, Bulgaria, Croatia, Denmark and Austria their Eurovision journey ends here.

The Ukrainian act delivered an energetic performance of their song Stefania while dressed in elaborate outfits including long multicoloured fringed ensembles and traditional patterns to secure a place in the final. At the end of the performance, the folk-rap group thanked everyone for supporting Ukraine amid the Russian invasion. 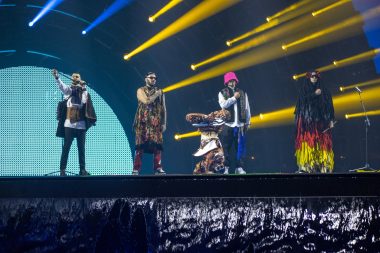 Ukraine’s Kalush Orchestra, who have delivered an energetic performance of its song Stefania

Kalush Orchestra were not the first choice to represent Ukraine but replaced Alina Pash who withdrew after facing scrutiny over a reported 2015 visit to Russia-occupied Crimea. People who enter Crimea via Russia are considered by Ukraine to have illegally crossed the border, although there is no suggestion that Pash did this.

Radio 1 DJ Scott Mills, who was commentating for the BBC Three coverage of the semi-final, explained:

“Because of the current situation, the band weren’t able to meet to rehearse until about six weeks ago.

“Frontman Oleg joked that he doesn’t think the lack of rehearsal time will affect their performance because they’re very attractive men.”

The Ukrainian act is the favourite to win currently, with bookmakers William Hill placing them at 8/13 odds, as the country continues to resist Russian forces. 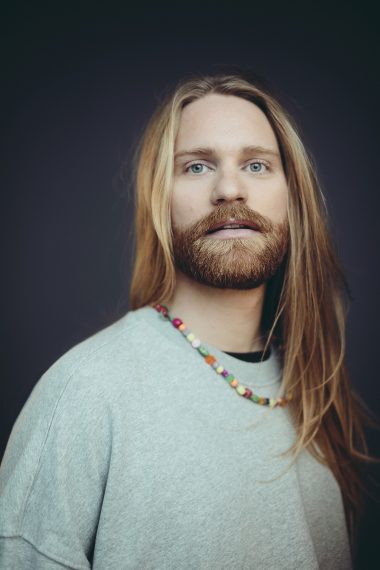 32-year-old TikTok star Sam Ryder will represent the UK on Saturday with his uplifting pop song Space Man.  Ryder found fame covering songs on TikTok during lockdown accumulating millions of views, making him the most followed UK music artist on the platform, according to the BBC. The singer co-wrote the song Space Man with Grammy-winning songwriter Amy Wadge, who has previously worked with Ed Sheeran, and Max Wolfgang.

The competition’s producers previously announced that Russia will no longer participate in this year’s contest following Vladimir Putin’s invasion of the war-torn country.

The semi-final featured some memorable and classic Eurovision style performances including Norway’s Subwoolfer who made the top 10. The pop group performed their song Give That Wolf A Banana as they dressed in their signature all-black outfits featuring yellow wolf-head masks.

Switzerland’s offering of Marius Bear also made the cut with his raw rendition of his track Boys Do Cry backdropped by simple lighting.

Iceland’s act Systur, which comprises of three sisters, landed a place in the final after performing their song Med haekkandi sol in a style reminiscent of Abba.

Moldova’s representative Zdob si Zdub & Advahov Brothers, who were competing for a third time, secured a spot in the final after giving a quirky performance of their song Trenuletul which combined rock and folk style.

Also making the top 10 was the Netherlands’s S10 who delivered a stripped-back rendition of her track De Diepte and Lithuania’s Monika Liu who dazzled in a sparkly floor-length gown while giving a sultry performance of her song Sentimentai,

Quirky staging also won over voters as Armenia’s Rosa Linn performed her song Snap while in a white bedroom made of pieces of paper and Greece’s Amanda Georgiadi Tenfjord delivered powerful vocals on Die Together surrounded by broken chairs.

Maro from Portugal also secured a place in the final with her acoustic rendition of her song Saudade, saudade.

Meanwhile, Latvia’s Citi Zeni who sang their track Eat Your Salad, which has gone viral for its tongue-and-cheek lyrics, did not make the top 10.

The interval had an Italo-Disco theme with producer Dardust performing alongside DJ Benny Benassi, British band Sophie and The Giants and conductor Sylvia Catasta.

The Eurovision grand final will be broadcast on BBC One and BBC iPlayer and on BBC Radio 2 and BBC Sounds this Saturday, May 14 from 8pm.