Fares frozen on West Midlands Trains after criticism of delays

THE COST of season tickets on West Midlands Railway and London Northwestern will be frozen this year, as the region’s railway operator looks to compensate passengers for poor performance.

Passengers travelling on the two services run by operator West Midlands Trains have suffered months of cancelled trains and delays.

The operator has said it will not increase fares this January, in line with a national rise of 2.8 per cent, in recognition of its poor performance, which has been condemned by regional mayor Andy Street.

Mr Street recently called for West Midlands Trains to be stripped of its franchise if services do not improve by the end of January.

The Mayor told the Observer: “I am pleased West Midlands Trains have listened to my request to freeze the annual fare rise following their recent woeful performance. By offering this discount, season ticket holders will now see a reduction in their fares as opposed to the unfathomable increase they were originally facing.

“This is a positive first step towards repairing WMT’s relationship with passengers and I am sure this will be welcomed by regular commuters. Of course season ticket holders are not the only people who travel on trains in the West Midlands, and I expect WMT to offer a compensation package to day passengers as well.

“However what passengers really want is a train service that they can rely on seven days a week. That is currently not the case under WMT, whose performance is, quite simply, unacceptable. My ultimatum, to restore a reliable service by the end of January or I will ask the DfT to strip the franchise, remains in place.”

The firm also came under fire from the region’s police commissioner David Jamieson, who described the rail services as ‘a danger to public safety.’ 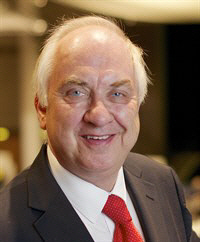 Last month, Mr Jamieson said: “I am fed up with dangerous, overcrowded trains and the ineffective actions by the public bodies in charge of the region’s transport network.

“The chaos on the region’s rail network is becoming dangerous, crowded platforms and stranded commuters have been put at risk by lamentably bad services in recent weeks.

“I am concerned about the impact it has had on public safety and I have received reports of officers struggling to make it to their shifts on time. This is hurting our economy too.”

Jan Chaudhry-van der Velde, managing director of West Midlands Trains, said: “In recognition of the poor performance, this compensation package is for our regular customers when they renew their season tickets will offset the national fares rise.

“We have said for some time now that performance and timekeeping since the May 2019 timetable has not been good enough. The timetable added too much complexity which means that even minor delays transmit through the network. Some changes were made in the December 2019 timetable change to remove the complexity, and to add capacity, but the most significant changes to reintroduce simplicity will be implemented in the May 2020 timetable. I apologise again to customers for the poor performance and cancellations since May.

“As well as the timetable simplification in May, 2020 will also see the arrival of the first of our new trains, boosting capacity on our diesel services in the West Midlands.”

The operator has paid out £2.5 million to passengers since May 2019.

It is owned by the Dutch national railway company, Abellio, and a consortium of Japanese rail firms.

Commenting on national fare rises, Darren Shirley, Chief Executive of Campaign for Better Transport, said: “Rail passengers are tired of rising fares and broken promises. It’s time for a complete overhaul of the fares system and a fairer way to calculate future level. Only total reform will start to restore passengers’ faith in the rail network, and ensure the railways are more affordable and better value for passengers.”

The group has campaigned for the government to scrap fare increases using the RPI inflation figure, which it described as ‘an obsolete statistic.’

It says this month’s fare increase would have been 2.1 per cent if the other inflation measure of CPI had been used.