West Midlands Police want to trace this man in connection with a brick attack which left a pub doorman injured in Coventry. 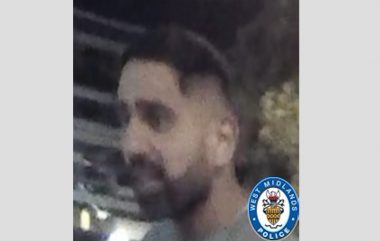 He is suspected of driving the attacker away from the Oak Inn, Far Gosford Street, in a grey Seat Leon on Sunday morning (23 August).

The doorman was struck on the head after a brick was hurled at him and, although he suffered serious injuries, is expected to make a full recovery.

It’s believed to have stemmed from an earlier dispute where three men were refused admission to the premises.

PC James Rees, from force CID at Coventry said: “This was a nasty attack and enquiries to trace those involved are ongoing.

“We want to trace this man who we believe was the getaway driver.”

Anyone with information call 101 or message via Live Chat on https://west-midlands.police.uk/.