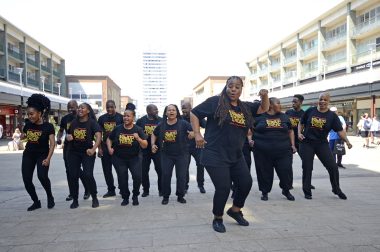 The song was written by the Special AKA’s Jerry Dammers and became an anthem that was played across the world including at sports events and rallies. 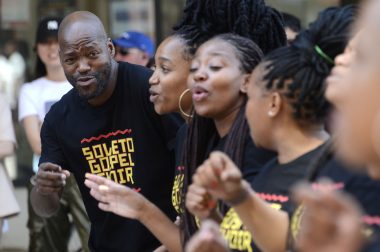 The choir come from the town of Soweto (South West Township), outside Johannesburg, the home of Nelson Mandela and South Africa’s democratic movement.

They have been performing at Coventry’s Assembly Festival Garden since July 5 and will be remaining there for the rest of the month. 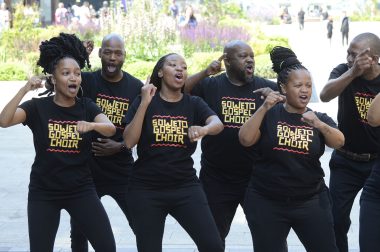 Their uplifting programme of music includes a rendition of ‘Amazing Grace’ and a cover of Leonard Cohen’s ‘Hallelujah.’

Made up of South Africa’s best vocalists, the choir have been performing across the world for two decades and has performed with music icons including Aretha Franklin, Stevie Wonder and Celine Dion.

The Soweto Gospel Choir is presented by Andrew Kay, and he said he hoped their uplifting message of joy and faith reached new audiences as they celebrated the legacy of Nelson Mandela.