THE MAN involved in a hit-and-run collision in Coventry has died in hospital.

He has been named locally as Aaron Wilson, 29. of Coventry.

Aaron was a pedestrian involved in an incident in Longford Road, shortly before 6pm on December 3, where he was crushed between a Vauxhall Zafira and a parked Ford Fiesta.

He was taken to UHCW for treatment, but died yesterday (December 5).

He leaves his partner Katie and daughter Leila.

Police said Aaron was crossing the road by the Star Fish Bar just before 6pm. A Mercedes Vito van made to turn right into Hurst Road, but the driver switched lanes, hitting a passing Zafira, which was shunted into the parked Fiesta.

West Midlands Police added: “The Vito, bearing a cloned registration plate of KU09 CEK, immediately drove off and was found abandoned and burnt out in Grindle Road.

“The occupants of the Zafira, also on cloned plates of FM57 KRG, gathered their belongings from the vehicle and also made off, leaving the victim lying in the road.” 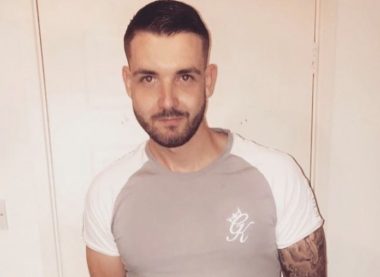 Speaking following the collision, Detective Sergeant Paul Hughes, from the Serious Collision Investigation Unit, said: “This was a truly horrific incident where an innocent pedestrian has been left with life-changing injuries by motorists who had not a care for how badly he was hurt.

“We need to hear from anyone who can help us trace the drivers of these two cars, or anyone who has dash cam footage of the incident.”

Police added that no arrests have been made.

Information can be given by contacting collision investigators on FL_COLLISION_INVEST@west-midlands.pnn.police.uk, via Live Chat on our website at west-midlands.police.uk between 8am and midnight, call 101 anytime or ring Crimestoppers anonymously on 0800 555 111 quoting log 2065 of 3/12.