FORMER Coventry University student Sophie Cook has been selected to compete for England in the Commonwealth Games this summer.

Pole vaulter Sophie managed to jump the qualification height within the set period of time and managed to get into the top three in the UK to secure her place in Birmingham 2022.

She started vaulting when she was around 13 in Halesowen after starting as a gymnast and later taking up athletics.

Sophie completely self-funds herself through her job as a physio and her career highlights include winning the British Indoor Championships in 2020 and 2022.

Sophie had many setbacks with injuries earlier on in her career including a serious lower back problem caused by a car accident and major shoulder surgery in 2020. 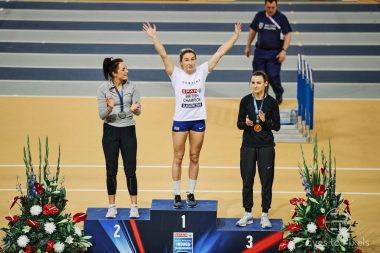 She will be preparing for the games in Loughborough, where she now lives and trains.

Sophie said: “I am so excited that the Games are in Birmingham, especially with it being at the track I used to train at when I was younger. It’s such a beautiful stadium that I’m lucky enough to have competed in recently in the Birmingham Diamond League.

“I can’t wait to go back and compete with a full crowd.”

Sophie graduated from Coventry University in 2017 after studying physiotherapy.

“I loved my time at Coventry University,” she said.

“I was lucky enough to get on the sports scholarship program which financially was a huge aid, but also the access to the great gym they have there.”