Wolston boy born with half a heart's kindness award after raising £6,000 for the hospital which saved his life

A BOY born with half a heart who is raising cash for the hospital which saved his life has won a law firm’s kindness award.

At just seven-days-old, Samuel had his first open heart operation and three days later he suffered two cardiac arrests and had to be placed on life support for five days.

Doctors at Birmingham Children’s Hospital saved his life and Samuel was able to return home when he was three months old.

He has been recognised by Leamington law firm Wright Hassall as part of its 175 acts of kindness project and was handed £175 by the company for his charity campaign.

Samuel and his family, from Wolston, have since organised a range of fund-raising events to say thank you to doctors at Birmingham Children’s Hospital for their care, raising more than £6,000 for the hospital’s charity. 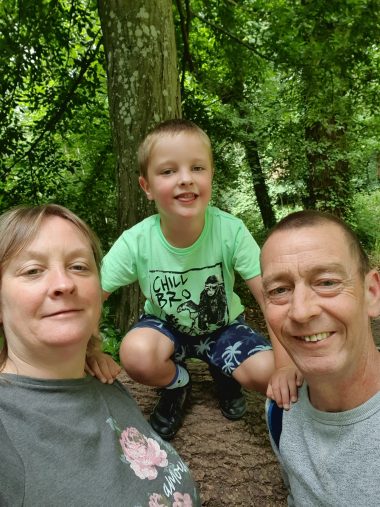 Angie Stables, Samuel’s mum, said: “The money raised, including the donation from Wright

Hassall, will go to Birmingham Children’s Hospital Charity where Samuel has received all of his care.

“Samuel calls it ‘his hospital’ because he has spent a lot of time there and if it was not for the hospital, Samuel would not be with us today.”

She added it was wonderful for Samuel to be recognised by Wright Hassall and thanked the firm for its generous donation.

Wright Hassall launched its kindness campaign to celebrate its 175th anniversary, asking the public to nominate members of the community who had gone above and beyond to support others.